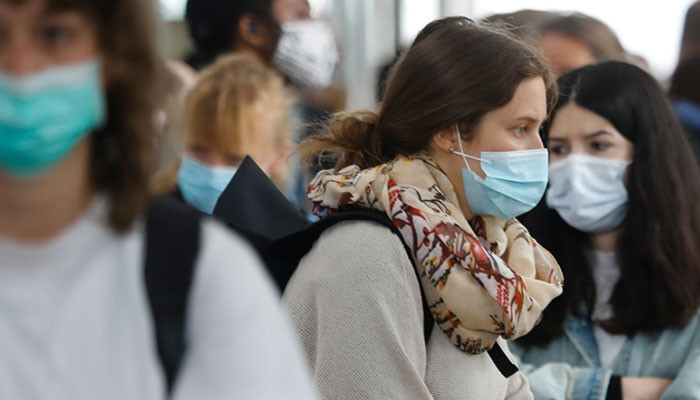 ATHENS: Daily cases of coronavirus were Tuesday at their highest since the pandemic began in Greece in February last year, as hospitals started to buckle under the pressure of rising infections.

Greece notched up a record of 8,613 new Covid-19 cases in 24 hours, the National Organisation of Public Health said, after cases more than doubled in less than a fortnight.

Forty-six people died of the disease on Tuesday, after 65 a day earlier.

The north of the country, where inoculation rates are lower than in other regions, has been worst hit in recent days.

In the second city Thessaloniki, management at a key hospital fighting Covid said it was overwhelmed with patients.

Nikos Kapravelos, head of the emergency department at the Papanikolaou Hospital, at the weekend warned against a new spike similar to during the second wave in November last year.

Health authorities on Friday made Covid passes mandatory for open-air restaurants and cafes, as well as indoor public spaces.

Senior health ministry official Marios Themistokleous on Monday warned cases were on the rise in Greece, even if 61.2 percent of the population had received two vaccination jabs.

He said appointments for a first dose of the Covid vaccine had increased sharply in recent days, according to him, notably because of the spike in cases.