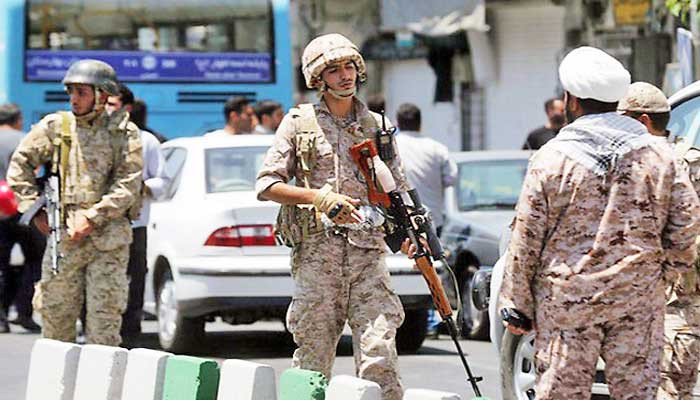 TEHRAN: As many as nine persons were killed in a shootout between armed bandit and Iran´s Revolutionary Guards in the southeast of Iran.

The latest clashes in Sistan-Baluchistan broke out around a hideout of militants near a village in the centre of the province, the Iran´s Revolutionary Guards said on their Sepah News website.

Sistan-Baluchistan, bordering Pakistan and Afghanistan, is a flashpoint for clashes with smuggling gangs as well as separatists from the Baluchi minority and extremist militant groups.

“Six bandits were killed and five others wounded,” the Sepah News report said, while three members of the Basij, a paramilitary force linked to the Guards, also died. No arrests were announced.

On Friday, the Guards said they had “targeted and killed the perpetrators” behind an attack that left two of their members dead on December 25 in the same province. On November 18, three policemen, including a colonel, were killed and six wounded in fighting with an armed group in an area bordering Sistan-Baluchistan.