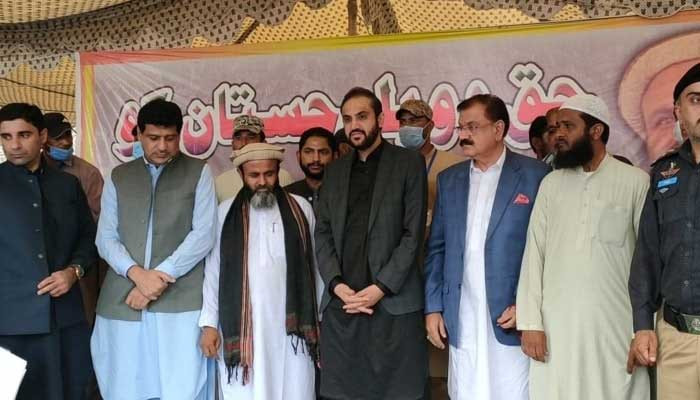 GWADAR: After over a month of protests from the people of Gwadar who were demanding their fundamental rights, Maulana Hidayat-ur-Rehman, the leader of the sit-in, has decided to call off the protest after negotiations with the government.

Confirming the development, Balochistan Minister for Planning and Development Zahoor Buledi took to Twitter and wrote that the negotiations between the government and Balochistan secretary-general of Jamaat-e-Islami Maulana Hidayat-ur-Rehman took place in the presence of the chief minister of Balochistan, Abdul Quddus Bizenjo.

“The negotiations with Maulana Hidayat Ur Rehman in the presence of CM have been successful. Govt has accepted all demands of Maulana Sb and the dharna is to be called off.” CM Bizenjo, in a statement, said all the demands of the Gwadar protesters are legitimate, as he mentioned that the government’s priority was to provide them opportunities for growth and make basic necessities available for them.

Gwadar’s citizens had a long list of demands, including shortage of drinking water, the poor state of health and education facilities, and the impact of large trawlers on fishermen’s earning potential.

According to the agreement signed today between the government and the protesters, the government has decided to accept the following demands. Illegal trawling will be completely banned in Gwadar. Supervision of border trade to be handed over to district administration. Committee to be formed for the elimination of unnecessary check posts in Makran division. Chief Minister to announce a special package for Gwadar fishermen. Expressway victims will be re-surveyed and compensated. Cases against “Gwadar ko Haq do” activists will be dropped immediately. DC office to formulate an action plan for assisting fishermen affected by the typhoon. Disability quota will be implemented in federal and provincial departments.Coast Guard, customs will assist in releasing seized boats and launches.

Meanwhile, Federal Minister for Planning and Development Asad Umar said that Prime Minister Imran Khan is taking keen interest in the development of Gwadar . Talking to journalists along with Federal Minister Zubaida Jalal in Gwadar on Thursday he said the aim of their visit to Gwadar is to accelerate work on development projects. He said, “We held a meeting with Chief Minister Balochistan Mir Abdul Quddus Bizenjo to ensure provision of safe drinking water in Gwadar.

Asad Umar said that 100 megawatt electricity would be provided to Gwadar in 2023 from the national grid. He said the skill development centre has been completed with the cooperation of China which will be inaugurated soon.