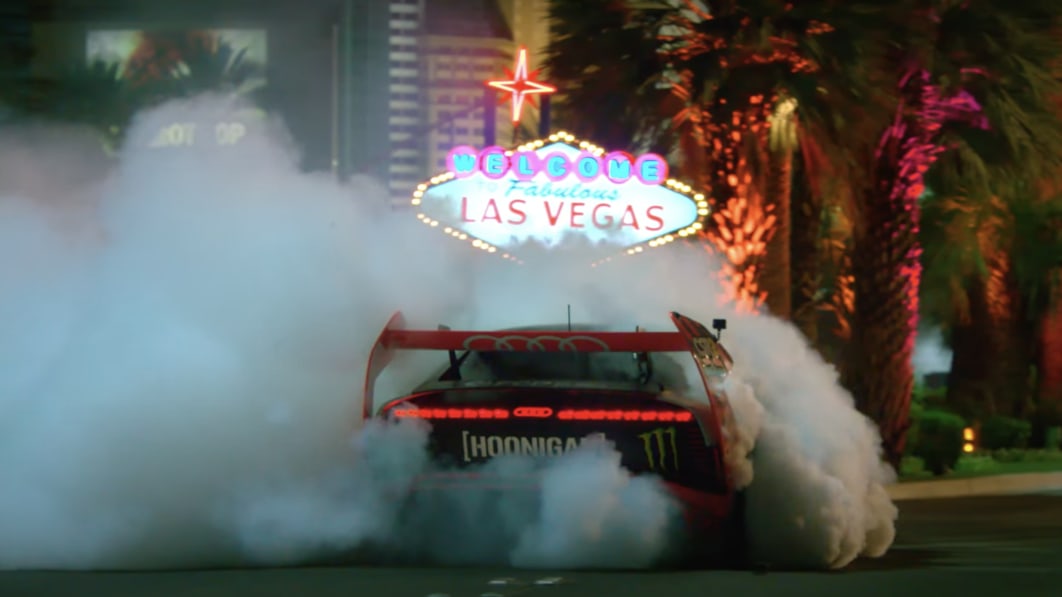 By now, automotive enthusiasts the world over are more than familiar with the Gymkhana exploits of Ken Block and his Hoonigan team. Various vehicles have been used, from Subarus to Ford Fiestas, Mustangs, Escorts and even some tube-framed pickup trucks. You’ll note that all of those machines have featured a few things in common: they are turbocharged to within an inch of their lives, and, importantly, all of them run on fossil fuels. Until today, that is.

Block’s latest Gymkhana video — the 11th in the series for those keeping track — switches (almost) everything up. Drifting, spinning, smoking and jumping all happen as expected, this time running around a series of famous landmarks in Las Vegas, Nevada. The sounds, on the other hand, are very different from any such video you’ve seen before. That’s because there’s no internal combustion to be found.

Instead of a force-fed, gasoline-fueled beast, this latest Gymkhana stars Block in an electric Audi. You’ve seen the S1 E-Tron Quattro Hoonitron already, but not like this. There’s a lot we don’t know about the machine, including how much power it makes. The video description says it runs an 800-volt system, but there’s no mention of the power flowing to those four poor tires.

In reality, it probably doesn’t much matter. You’re here for the smoky stunts, and those are delivered in spades. See for yourself in the video up above.