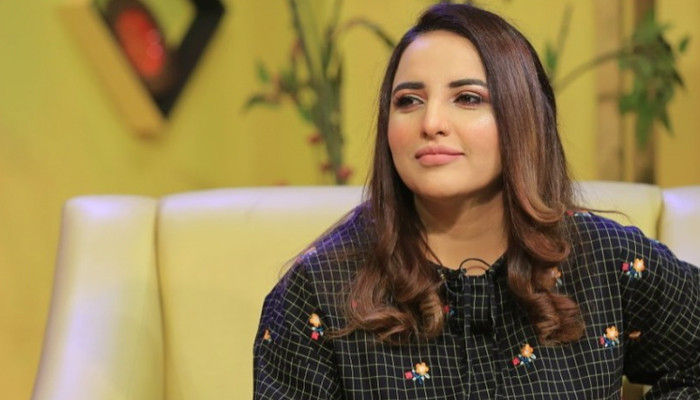 Speaking in London to Geo News, Shah said she learnt from the media that the FIA has written letters to two banks to freeze her accounts in a money-laundering case, launched against her by the anti-corruption watchdog.

The FIA has launched a money-laundering probe against Shah after a video of her claiming to have travelled abroad with a large sum of money went viral recently.

She had made the video, using cash of a Pakistani businessman Daniyal Malik who later owned the money and said it was only a “fun video”.

The TikToker said it was “highly unfortunate” that the FIA released her passport and visa details to the media to target her and then released news to the media after applying to freeze her accounts.

The social media star believes that she has come under attack after criticising the government over the Murree tragedy, the devaluation of the Pakistani passport, and rise in poverty in the country.

She said that governments all over the world protect private data of their citizens and protect their rights, but in Pakistan, the FIA victimises its citizens, runs campaigns against them for petty point scoring.

“I have no idea why the FIA is running my media trial. I have no idea why they are being revengeful when I have done nothing wrong. What kind of bravery is this that they leaked my visa details to the media and hounded me? I made a video with cash and accepted that it was my mistake to do so and I publicly admitted my mistake, so then what’s the issue?” she asked.

When asked if she has paid all her taxes and declared all her earnings, Hareem Shah said the payment for all her media engagements comes in her bank accounts and she has never hidden anything. She said the record of her investment and income is the bank statements and she had no reason to ever do anything illegally.

“I have a clean record. I have never been involved in any kind of criminality,” Hareem said, adding that it’s funny that the FIA has said she set up bank accounts in someone else’s name too.

Shah said that former Accountability Minister Shahzad Akbar asked the UK National Crime Agency (NCA) to take action against her but the NCA took no action because the NCA knows about the reality of politically-motivated and fake cases.

She said that Akbar targeted her to be in the news. “Shahzad Akbar has been removed by PM Imran Khan from his job but his people in the FIA are continuing with their mission of victimising me.”

When asked if she will seek help from the Interior Minister Sheikh Rasheed, the TikTok star said she will not seek anyone’s help because she has done nothing wrong.