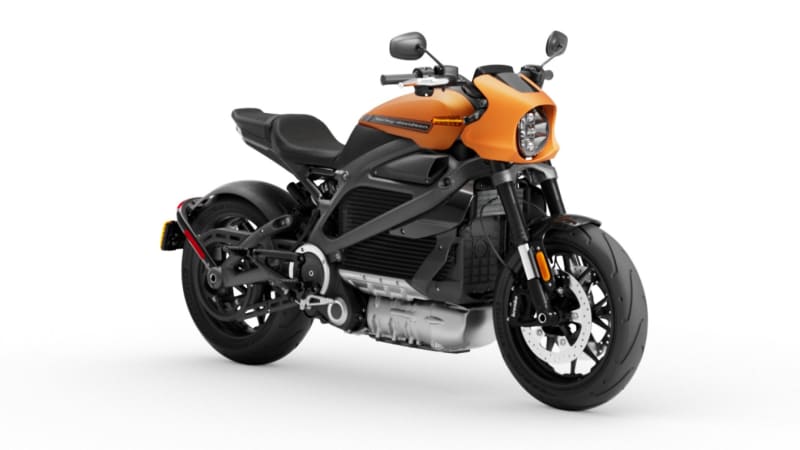 Harley-Davidson stock jumped the most in 13 months after the company said it would list its electric-motorcycle unit publicly through a merger with a blank-check company, capping off a busy year for reverse mergers in the electric-vehicle industry.

The LiveWire division will merge with AEA-Bridges Impact Corp., a special purpose acquisition company that focuses on sustainability, and is expected to trade on the New York Stock Exchange under the ticker symbol “LVW,” the companies said in a statement Monday. The combined company is slated to have an enterprise value of about $1.77 billion, and LiveWire would reap net proceeds of about $545 million from the deal, according to the statement.

“Today’s announcement is a historic milestone with LiveWire set to become the first publicly traded EV motorcycle company in the U.S.,” Jochen Zeitz, Harley’s chief executive officer, said in the statement. “This transaction will give LiveWire the freedom to fund new product development and accelerate its go-to-market model.” Zeitz will be acting CEO of LiveWire for as long as two years after the deal is complete.

Harley rose 15% to $42.43 at 9:38 a.m. in New York after climbing as much as 18%, the most intraday since late October 2020. The stock hasn’t enjoyed the run-ups that shares of legacy automakers such as Ford Motor Co. and General Motors Co. have after unveiling electrification plans. Harley was essentially unchanged this year through Dec. 10, while GM rose 52% and Ford more than doubled. AEA-Bridges advanced 4.2% to $10.27.

The SPAC deal marks a strategic shift for Harley, which had planned to make its flagship electric motorcycle into a stand-alone in-house brand as part of its plans to revitalize the company. Zeitz’s Hardwire turnaround plan called for investing $190 million to $250 million annually in part to develop Harley’s electrification technology.

LiveWire was established as a separate division of Milwaukee-based Harley-Davidson in 2019 and focuses on the urban market in North America and Europe, with plans to expand to Asia.

Although SPAC deals have been common this year, particularly in the EV industry, those typically have been of entire startups, not units of bigger companies. Earlier this year Ardagh Group SA merged its metal-packaging business with a SPAC. Polestar, an electric-car maker founded by Volvo Car Group and owner Zhejiang Geely Holding Group Co., has agreed to go public in a reverse merger.

Harley will retain an equity interest in the new LiveWire of about 74%; AEA-Bridges’ shareholders will own about 17%, while its founders and other partners will own roughly 4% each.