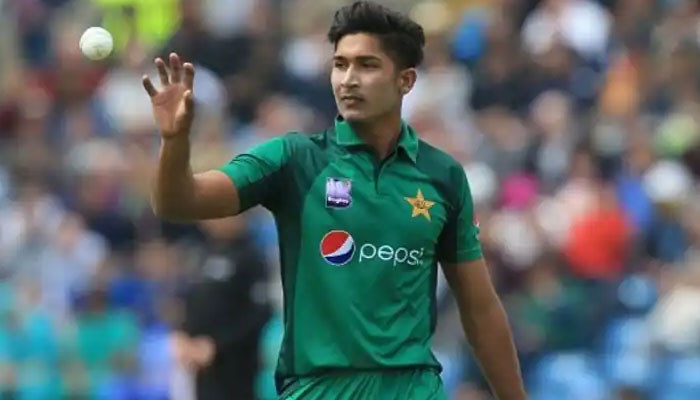 KARACHI: Pakistan’s young pacer Muhammad Hasnain said he is excited to face the West Indies in the T20 series scheduled to start from tomorrow (Monday).

The three-match T20 series between  Pakistan and West Indies will start on Monday, December 13 in Karachi.

Talking to journalists following a practice session in Karachi,  Hasnain said he was happy to be named for the national squad.

“I have played a lot at the National Stadium in Karachi,“ he said, HOPING that it would be a thrilling series between the two sides and fans would enjoy it.

The stadium would host fans at 100% seating capacity during the series, he added.

West Indies suffered a huge blow ahead of its T20I series against Pakistan on Saturday after it was confirmed that the touring cricketers, along with a non-coaching member of the squad, have tested positive for COVID-19 and are ruled out of the series.

A statement from Cricket West Indies said that following the PCR tests administered on arrival in Pakistan, four members of the West Indies touring party tested positive for COVID-19 and are now in self-isolation.

“Left-arm pacer Sheldon Cottrell, allrounders Roston Chase and Kyle Mayers, along with a non-coaching member of the team management unit returned positive tests in Karachi and will therefore be unavailable to participate in the upcoming Pakistan series. All four members are fully vaccinated and are without major symptoms,” the CWI said.

On December 9, the West Indian cricket team had arrived in Pakistan to play the T20 and ODI series against the home side.