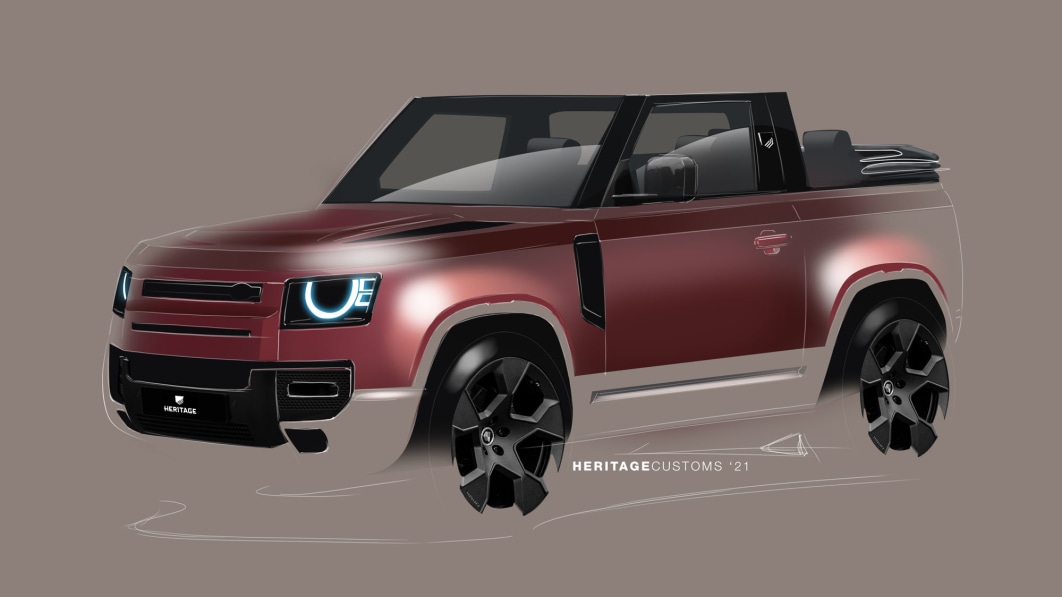 Land Rover has several variants of the second-generation Defender in the pipeline but a convertible isn’t one of them. Dutch coachbuilder Heritage Customs announced that it will fill this void by giving the two-door version of the off-roader a semi-power-operated soft top.

Built by the same folks who resurrected the two-door Range Rover and brought us the one-of-a-kind Ferrari Breadvan Homage, the top-less Defender can be configured in a number of different ways ranging from rugged to upscale. All receive the same cloth soft top, which replaces the part of the roof that’s directly above the front seats and the entire back part of the greenhouse. It features two-piece rear windows.

Heritage Customs is making five build slots available in 2022. Pricing starts at €138,500, which represents about $156,500, before various taxes enter the equation. The convertible Defender only exists in sketches as of writing, but we’re looking forward to seeing the real thing.

Previous article1-32 poll, plus evaluating the job security of every team’s coach
Next articlePolice official dies in accident on Hub road