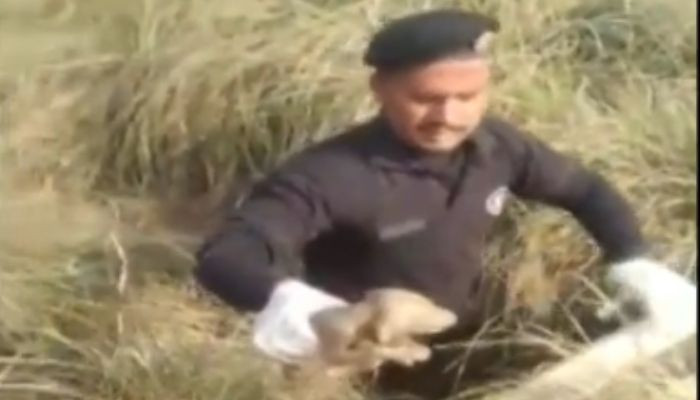 SUKKUR: A police constable’s act of kindness, rescuing two puppies from a sewerage manhole, has earned him an appreciation certificate, a cash prize from the Naushahro Feroze SSP and plenty of praise on social media.

Constable Naeem Lajjar rushed to the scene after seeing two puppies fall into a manhole near the Police Lines area and immediately rescued them.

The video shows the constable petting the puppies while a dog surrounds the puppies happily after they were rescued by him.

The constable’s video went viral on social media, with people praising him for his actions in rescuing the puppies from certain death.

Seeing his love for the animals, the SSP of Naushahro Feroze has announced a Rs 10,000 cash prize and an appreciation certificate for the constable.