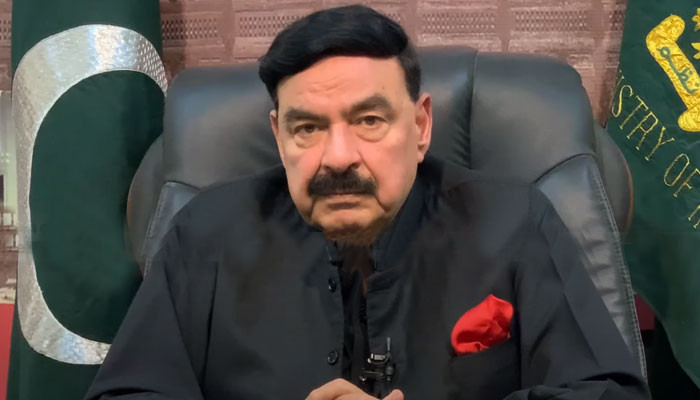 Rasheed was talking about PDM chief Maulana Fazlur Rehman’s statement in which he announced the Opposition alliance will hold an “anti-inflation march” in Islamabad on March 23.

“On March 23 [Pakistan Day], Pakistan’s armed forces hold a national parade which is attended by citizens, ambassadors and various delegates,” he said in a series of tweets.

“The federal capital is put on high alert for preparations of the parade. Even some roads are barricaded two to three days in advance,” he added.

The minister urged the PDM to call off their protest on March 23, insisting them to shift it to April instead.

Promoting Pakistan Day as a day of protest, chaos and disturbance is tantamount to serving anti-state forces, he added.

PDM again decides to flex its muscles in Islamabad

“People from across the country will gather in Islamabad. A massive demonstration will take place against inflation on March 23,” Fazl had said a day earlier.

The PDM’s provincial chapters will prepare for the march, he had said.

“A seminar will also be held. But before that, I will meet the lawyers’ committee — Supreme Court Bar Association and Pakistan Bar Council — and hold consultations,” Fazl had added.