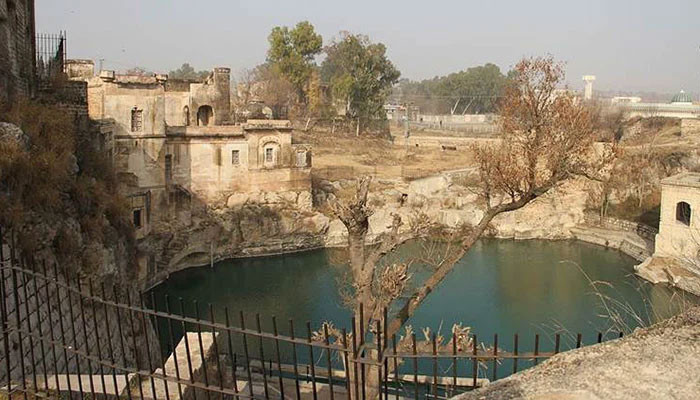 LAHORE: Over 100 Hindu yatrees will arrive in Pakistan today through the Wagah border crossing to perform their religious rituals at Katas Raj temples.

Some government officials and local Hindu leaders will welcome the visitors at the Wagah border, according to the Evacuee Trust Property Board (ETPB).

Additional Secretary Rana Shahid said that all arrangements, including security and accommodation had been completed on the directives of the federal government and ETPB Chairman Dr Amir Ahmad.

The board’s security staff will remain with the yatrees.

The central ceremony will be held at Katas Raj temples on December 19, in which different political and religious leaders will participate.

There are several Hindu temples connected to one another by walkways at Qila Katas, commonly known as Katas Raj temples. Katas is a pond that Hindus considered sacred. The temples have been built around the pond.

The Hindu holy site is located near the town of Choa Saidanshah in the Potohar region, and are near the M2 Motorway.