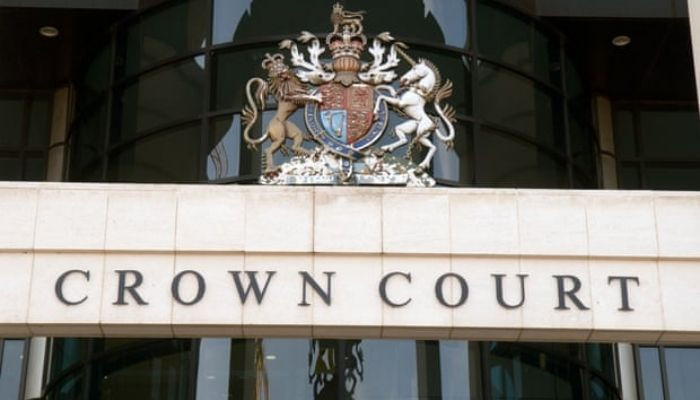 LONDON: A £100,000 hitman has been found guilty of plotting to murder blogger Ahmad Waqas Goraya in the Netherlands, after being told he was on a “kill list” by the FBI.

Muhammad Gohir Khan, 31, was hired and directed by unknown people to kill blogger Ahmad Waqas Goraya in the Netherlands in June last year.

Justice Hilliard announced on Friday that Gohir Khan had been found guilty, by a unanimous verdict of a jury of 12, of conspiracy to murder Goraya between February and June last year. The 12-member jury found that Gohir Khan was guilty of the conspiracy to kill Goraya after getting into a contract with his handler, whose whereabouts are currently unknown but it’s believed Scotland Yard knows the correct identity.

The UK-born Iceland supermarket delivery driver travelled to Rotterdam and bought a 19-inch paring knife, but the target, Waqass Goraya, was not at his home, and Gohir Khan was held under anti-terrorism laws on his return to London on the Eurostar after he failed in his “project”.

The Kingston Crown Court heard that Goraya was on a “kill list” by the FBI in December 2018. Prosecutors said Gohir Khan, who earned £11 an hour as a driver, was “enthusiastic” about carrying out the killing – and further attacks within the UK and Europe – to earn money as he was heavily in debt, owing creditors around £200,000.

Khan, who lived with his parents, wife and six children in Forest Gate, east London, claimed he had no intention of murdering the blogger but played along to “extract money” from his handler.

Soon after the verdict was announced, Scotland Yard said the investigation was active and it was making further inquiries. Justice Hilliard adjourned sentencing to March 11. The court heard Goraya had received threats online.

Prosecutor Alison Morgan QC told the jury: “Someone wanted him to be killed… those who wanted Mr Goraya dead were prepared to pay money to ensure that happened.” The plotters referred to targets as “fish” in messages as they finalised the £100,000 deal, with Goraya referred to as “a little fish” and “not a shark”.

A Scotland Yard spokesman said officers uncovered more than 2,000 WhatsApp messages between Muhammad Gohir Khan and his co-conspirator where they discussed and agreed to the contract killing.

Commander Richard Smith, from the Met’s Counter Terrorism Command, said: “I commend the counter-terrorism officers and Border Force colleagues whose vigilance and close cooperation initiated this investigation, which subsequently revealed a chilling conspiracy to murder.

“Khan fell foul of his own low cunning and artifice, and the investigation found he was willing to carry out a murder for financial gain, giving no regard to his intended victim.”

“We were able to stop Khan from carrying out this murderous plot through cooperation with the UK Border Force and our Dutch colleagues in the Rotterdam Counter Terrorism, Extremism and Radicalization (CTER) Unit, who worked tirelessly alongside their SO15 counterparts throughout the investigation.”