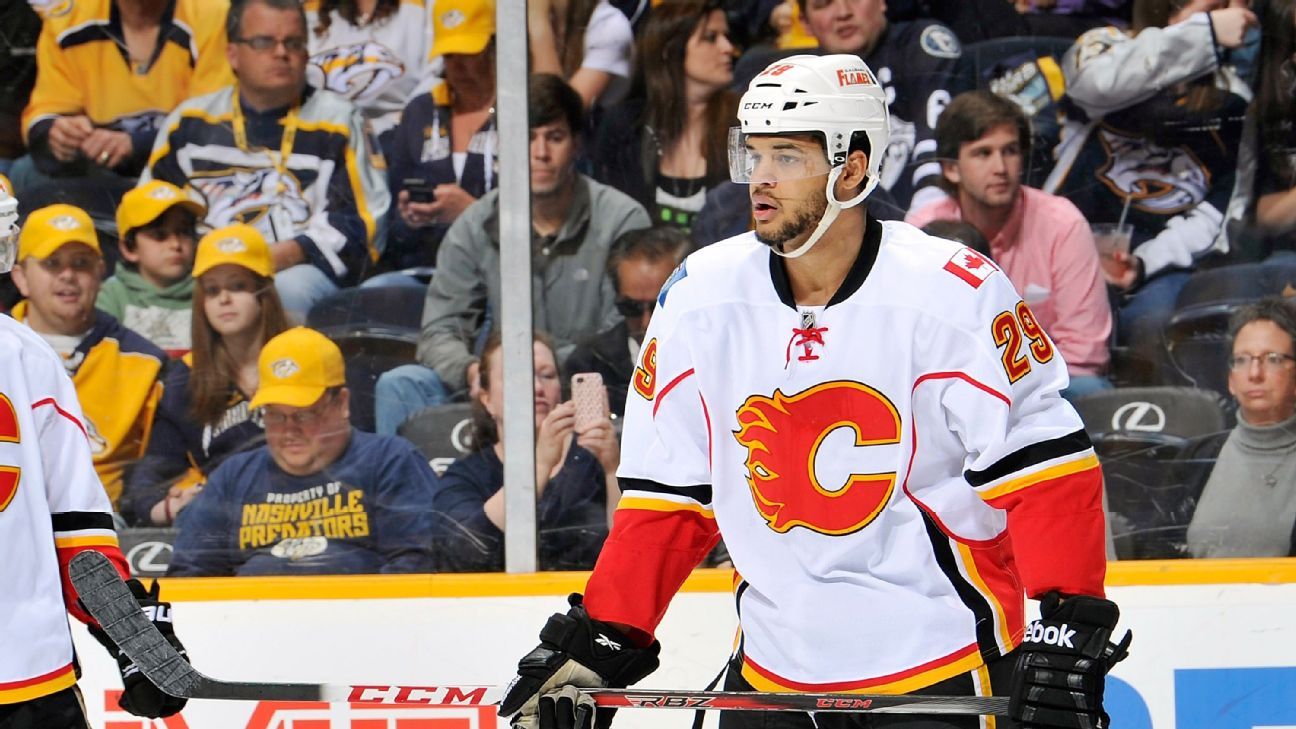 The Hockey Diversity Alliance hopes an attention-grabbing video and a campaign involving hockey tape bolsters its mission to eradicate racism in the sport.

The HDA, made up of current and former hockey players of color, has partnered with Budweiser Canada to launch “#TapeOutHate,” a campaign that will feature rolls of hockey tape available for purchase with “racism has no place in hockey” written on the tape.

Members of the HDA created a two-minute video that incorporates their real-life experiences with racism in hockey, from Akim Aliu having a racist comment directed to him by a coach to Wayne Simmonds having a banana thrown at him during a game.

There’s both an uncensored version and a version that blurs out the racial slurs directed at the players. The censored version will be shown during Hockey Night in Canada tonight.

“The biggest thing we want to do is spark a conversation. It’s a rallying cry. We know we can’t do this on our own. We need our allies behind us, and that’s the white community supporting us,” Aliu, a former NHL player and a founding member of the HDA, told ESPN. “We want to share our experiences and come together as one, no matter race or gender. We want this game to reach its full potential.”

“I can’t remember how many incidents I had to go through, especially at a super young age,” Kadri said. “These things become traumatic. I’m 30 years old now, and I remember things that happened to me when I was 10. Luckily, I had the mental toughness to get through it all, but in today’s generation, not everyone can. Since mental health has become such a big issue, it’s important to reach out. There was nothing like this around when I grew up, to help people see things from a different perspective.”

Budweiser Canada reached out to the HDA with the idea for the campaign. Aliu said the immediate response from the players was whether they could “keep it organic and authentic,” having rebuffed other sponsor-partnership opportunities in the past year because the content ended up “watered down” in their eyes.

The heart of the video features the players in a locker room sharing stories about the racism they’ve faced in hockey. What started as a chance to capture footage became lengthy, emotional discussions, met with tears and silence when the director would cut the cameras.

“It was literally how our group was formed,” Aliu said. “A lot of people don’t know this: We just started a text chain and got on Zoom calls with about 30 players of color in the NHL and the AHL, sharing stories of our experiences. It got to a point where we decided talking amongst ourselves wasn’t enough, because we weren’t really helping anybody doing that. We need to form this alliance to show other kids that we made it through this and we’re here to help them.”

This is the most high-profile moment for the HDA since its members and logos were highlighted by the NHL during the 2020 Stanley Cup playoffs, held in the wake of national protests after the killing of George Floyd, a Black man, by Minneapolis police. Dumba gave an anti-racism speech when the playoffs began. Later, Kadri appeared in a news conference when two days of playoff games were postponed as a form of protest against systemic racism and police brutality.

Aliu said the HDA reached out to the NHL about the #TapeOutHate campaign. The players sought clearance to wear league logos and uniforms in their video. A source told ESPN that the request was denied because the NHL didn’t have an opportunity to review plans for the video and didn’t have the chance to offer editorial feedback.

Aliu said this continued a “rocky” relationship between the NHL and the HDA.

“The first call we made as an alliance was to [NHL commissioner] Gary [Bettman] and [executive vice president] Kim Davis to try to find a way to work together. That never came to fruition,” Aliu said. “But look how quickly they linked up with Sheldon Kennedy and his group. There’s always an excuse as for why they don’t want to work with a group like ours.”

At its board of governors meeting in December, the NHL revealed initiatives to combat abuse and promote inclusivity in hockey. Under the banner “Respect Hockey,” they were announced by Davis, the league’s EVP of social impact, growth initiatives and legislative affairs. They include a mandatory 90-minute digital-training program for all NHL executives, staff and players, created in partnership with former player Sheldon Kennedy’s Respect Group.

Aliu said the most positive aspect of the NHL’s Respect Hockey plan was its partnership with Jopwell, a diversity solutions company, to broaden its candidate base for jobs and build a pipeline for a diverse pool of future talent.

But the HDA itself was not included in the Respect Hockey plans.

“It’s the same thing since we’ve had communications with them. It’s all performative data-taking and nothing concrete,” Aliu said. “Everyone that watches hockey knows there’s a deeply rooted issue. There are incidents that come up often that brings these issues to the forefront. The NHL is a fence-rider. They want to keep their old-school fans happy while dipping their toe in the water and pretending they support diversity when we’re so behind all other sports.”

The NHL provided a statement regarding its relationship with the HDA and the Budweiser Canada campaign, saying via a spokesperson:

“The NHL applauds our partner Budweiser and the Hockey Diversity Alliance for their efforts to promote diversity and inclusivity in the sport of hockey. This ongoing movement requires vision and commitment from every stakeholder in hockey. We welcome all who are using their voices and platforms to pursue these important goals and remain determined to continue to use ours and to do the work necessary to create real change.”

The HDA has been criticized for a lack of tangible action since arriving on the scene in summer 2020. Aliu said the delay was partly because of the way the organization was created: by a group of active players, and without the necessary infrastructure in place to execute initiatives.

“We got so big, so quickly,” he said. “We were a bunch of guys that were playing or just finished playing. But, finally, we got our ducks in a row.”

The HDA was unable to secure funding from the NHL, so it turned to the league’s sponsors. According to Budweiser Canada, $1 from every #TapeOutHate roll that’s sold goes to the HDA and its initiatives.

In the next two months, it’s expected that the HDA will announce a grassroots pilot program that will start with 12 underserved communities in the Greater Toronto area, providing hockey “free of cost” to youth athletes, from equipment to ice time. The HDA also has an education platform created in partnership with Sportsnet that will involve the member players and is expected to debut during Black History Month.

Kadri said it felt good that the HDA was starting to create some proof-of-concept programs.

“We want to sincerely and genuinely try to make a change. This is for the youth. For the next generation,” he said. “These are future stars of the league, possibly. I think it’s important to make this a safe place for everybody.”

For more information, visit Budweiser.ca/TapeOutHate. Hockey fans can purchase the tape starting today at shopbeergear.ca and at Canadian Tire stores starting on Jan. 22. Depending on sales, the #TapeOutHate could become more readily available in the U.S.