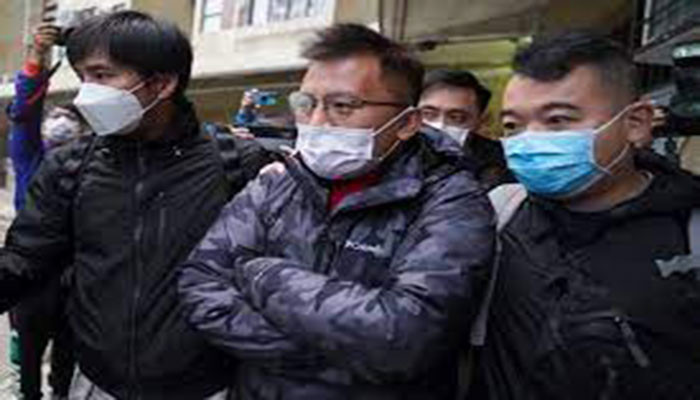 HONG KONG: A vocal news website in Hong Kong shut down Wednesday after police raided its office and arrested six current and former editors and board members in a continuing crackdown on dissent in the semi-autonomous city, foreign media reported.

Stand News said in a statement that its website and social media are no longer being updated and will be taken down. It said all employees have been dismissed.

The outlet was one of the last remaining openly critical voices in Hong Kong following the shuttering of the Apple Daily newspaper, which closed after its publisher, Jimmy Lai, and top editors were arrested and its assets frozen. Police raided Stand News’ office earlier in the day after arresting the six, including popular singer and activist Denise Ho, a former board member, on charges of conspiracy to publish a seditious publication.

More than 200 officers were involved in the search, police said. They had a warrant to seize relevant journalistic materials under a national security law enacted last year.

The six were arrested under a crime ordinance that dates from Hong Kong’s days as a British colony before 1997, when it was returned to China. Those convicted could face up to two years in prison and a fine of up to 5,000 Hong Kong dollars ($640).

Police did not identify who was arrested, but Hong Kong’s South China Morning Post newspaper reported they were one current and one former editor of Stand News, and four former board members including Ho and former lawmaker Margaret Ng.

A Facebook post early Wednesday morning on Ho’s account confirmed that she was being arrested. A subsequent message posted on her behalf said she was OK and urged friends and supporters not to worry about her.