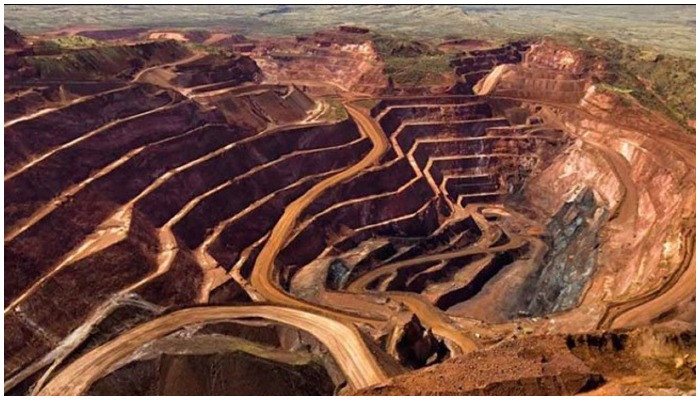 Many nations have fallen prey to bilateral investment treaties (BIT). Multinational companies, having all the patronage and resources, use international arbitration institutions to avail out-of-the-way benefits and challenge the very fundamentals of the sovereignty of institutionally weak nations.

Pakistan has ratified 23 BITs out of 53, and appeasing TCCP will set a new precedent for other multinational investors in the country.

Emmanuel Gaillard, professor of law and an international arbitration expert, has rightly said that “International arbitration had become plagued by misconduct and riddled with procedural disputes […] over the past decades, parties to arbitrations and their lawyers have developed an unprecedented array of procedural tactics designed to undermine and prejudice their opponents and to increase the chances that their claims prevail”.

Therefore, prudent nations are very conscious of the fact, and many large number of countries pulled out from these institutions after going through the rancorous experience.

The relationship between developing countries and the International Centre for Settlement of Investment Disputes (ICSID) has not been smooth, to say the least. Several developing countries such as Bolivia, Venezuela, and Ecuador have pulled out from the ICSID Convention.

India is one of the prominent developing countries that has refrained from joining the ICSID Convention, since its inception. Moreover, India has shown a general lack of trust in the ISDS and has, as a result, unilaterally terminated fifty-eight (58) of its existing Bilateral Investment Treaties (BITs) and successfully negotiated six (6) BITs after the adoption of its Model BIT.

In 2000, the Indian Council for Arbitration recommended to the Indian Ministry of Finance that India refrain from becoming a signatory to the ICSID Convention on the following grounds: (1) the convention’s rules for arbitration leaned towards the developed countries; and (2) there is no scope for a review of the award by an Indian court even if it violates India’s public policy.

The Bolivarian Republic of Venezuela was also trapped in international arbitration’s viciousness immediately when Hugo Chavez announced major reforms and signaled to renegotiate all faulty investment agreements with multinational companies.

During Chavez’s regime, over twenty multinational companies approached the ICSID for their claims against breach of agreements and investment losses.

After preliminary relief from the ICSID in 2012, the government of Balochistan, without any proper feasibility, hastily started work on the copper-gold project which squandered poor Balochistan’s billions in the purchase of machines and equipment.

From 2014 till the hammering punishment and fine in 2019 by the ICSID, the Reko Diq matter was dealt with utmost non-seriousness. Millions are wasted on big tours of world capitals rather than focusing on legal and technical aspects of the case.

In 2013, the Supreme Court mentioned in its decision that TCC attempted to take undue advantage of the political instability of the time. The foreign companies, through CHEJVA, Addendum No1, and other agreements, preyed upon the huge gaps in understanding on the part of the Balochistan government of large-scale mineral extraction and were in a distinct position to manipulate and dominate. And similar tricks are played once again to strip Balochistan of its ownership rights and due benefits from one of the world’s largest copper-gold deposits.

In the 2013 decision, the Supreme Court repeatedly lamented the Balochistan government’s ‘inefficiency’ and ‘haste’ in disposing of a multi-billion-dollar project without exploring the best possible deals in the public interest.

Despite foul play by the TCC and its associated partners, a less practical partnership deal with TCC is being negotiated. And, despite clear constitutional rights on its mineral resources, Balochistan is scapegoated.

No doubt, in 1998, while signing and facilitating TCC, the Balochistan government didn’t fully understand the nature of gold and copper mining in Reko Diq and the global business norms for large-scale gold and copper mining, and the terms of the agreement between national governments and foreign corporations. But now the situation has changed, and people are more aware and informed about their resources and rights so any manipulation will exacerbate conflict in the province.

Therefore, given the Supreme Court’s clear judgment on the Reko Diq matter and its future course, any drawing-room deal without following global business norms — like floating an international bid through a competitive process — is against the roadmap drawn by the Supreme Court in its decision.

The writer is a member of the Balochistan Assembly, a former senator, and a former UNDP constitutional adviser. He can be reached at [email protected] and tweets @Senator_Baloch