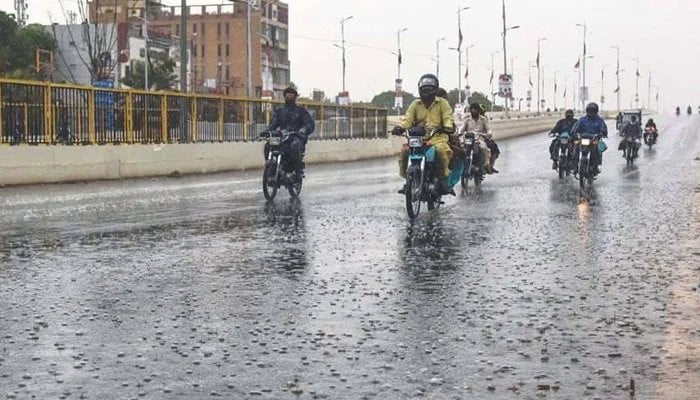 Moderate to light showers continued on Thursday in different areas of Karachi thorough out the day as the city welcomed the second spell of winter rainfall which started from Tuesday evening, Geo News reported.

The weather turned chilly and pleasant as different areas of the city, including I.I. Chundrigar Road, Saddar, Shahrah-e-Faisal, Nazimabad,  North Karachi, Surjani, and other areas received light to moderate rains along with a cold breeze.

Continued downpours in the metropolis badly affected the flow of traffic on busy roads and highways.

According to Pakistan Metrological Department (PMD), moderate rainfall spell will continue till Friday (tomorrow) afternoon, however severity of the cold is expected to increase from January 8.

In the next 24 hours, the city’s weather will remain cloudy, while the current rain system of westerly winds will leave Sindh, the PMD said.

Amid the rainy season, K-Electric vowed to provide electricity to all areas in the safest manner possible.

A K-Electric spokesperson has said that “our system has performed extremely well throughout the rainfall, while our teams are ensuring the electric supply to Karachites in the safest way.”