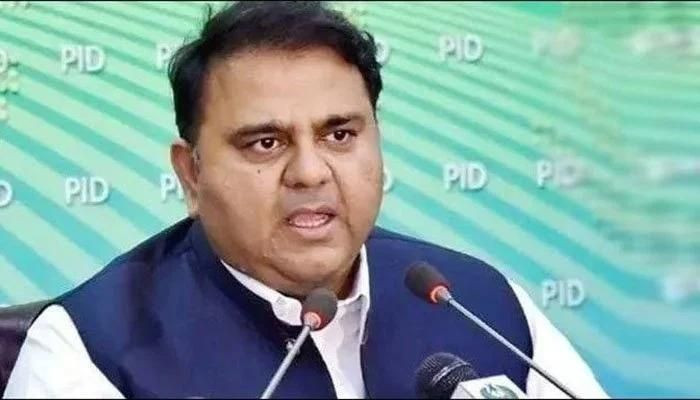 Federal Minister for Information Fawad Chaudhary said Thursday that if Prime Minister Imran Khan had given any value to money, he would have been a “billionaire” after his divorce from Jemima Goldsmith in Britain, where courts see marriage as a partnership and demand assets of that partnership be shared equally.

Addressing a media conference Thursday, the information minister said when Pakistan had beaten India on its soil, PM Imran Khan was the captain. Players were given plots, but the PM dedicated all the money to the Shaukat Khanum Cancer Hospital, Chaudhry said.

Imran Khan’s reputation has been maligned repeatedly and baseless allegations have been made to defame him, the information minister opined, saying that the premier does not spend Rs500,000 monthly like others and exhaust Pakistan’s assets.

The information minister, meanwhile, also announced, on behalf of the federal government, that a defamation suit will be filed against Justice (retd) Wajihuddin Ahmed for his recent claim that the premier’s monthly household expenses were borne by now-estranged PTI leader Jahangir Tareen.

Referring to the former PTI member as the “new comedian”, Chaudhry said Justice Wajihuddin made allegations that Jahangir Tareen was paying Rs500,000 for the Bani Gala house.

“Our court system has failed to protect people’s dignity and there are a number of criminal defamation cases still pending in the courts,” Chaudhry stated, adding that we see that maligning people’s reputations is no longer a big deal, and the cases related to defamation have never been taken seriously.

A case will also be filed against media channels that had telecast the “baseless allegations” of Justice Wajihuddin without any evidence or confirmation, he stated, adding that freedom of expression is accompanied by the right to responsibility.

“Some media channels made a campaign out of it [Justice Wajihuddin’s allegations]. You cannot telecast allegations anywhere in the world, especially when they are about state institutions,” he added.

To fight fake news, we want to make regulations with the help of media, he said, advising the court that defamation cases should be dealt with as high priority.

Wajihuddin — who had resigned from the PTI back in 2016 — revealed that Tareen initially gave funds worth Rs3 million per month for now-Prime Minister Imran Khan’s household expenses, which was later increased to Rs5 million per month.

“The man who doesn’t even pay for his shoelaces, how can you call that man honest?” Wajihuddin questioned.