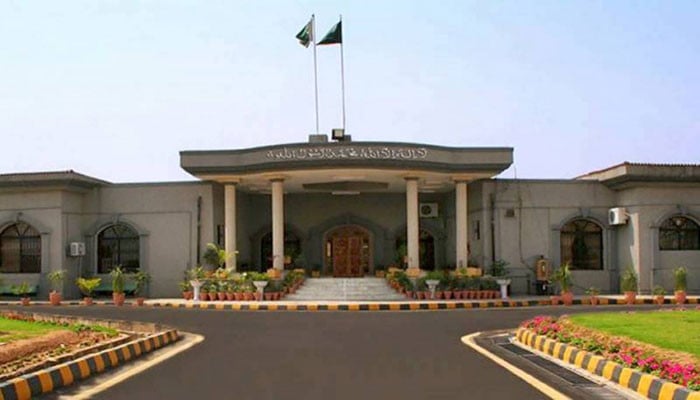 ISLAMABAD: Setting aside an order of the Additional District and Sessions Judge (ADSJ), the Islamabad High Court IHC on Tuesday issued a notice to Prime Minister Imran Khan to record his response in a Rs10 billion defamation suit he had filed against PMLN leader Khawaja Muhammad Asif.

Imran Khan had filed a defamation suit against Khawaja Asif in 2012 for recovering Rs10 billion after the PMLN leader levelled allegations in a press conference about huge money laundering by Imran Khan through the funds of Shaukat Khanum Memorial Trust (SKMT). Later in December 2021, the premier got his statement recorded through video link with ADSJ Muhammad Adnan in which he stated that he was the biggest individual donor of the SKMT from 1991 to 2009. Imran had said that the investments against which allegations were made were fully recovered by the SKMT without any loss.

The ADSJ announced an ex-parte decision and ruled to abolish Khawaja Asif’s right to conduct cross examination of Imran Khan’s statement. Meanwhile, Khawaja Asif had filed an appeal in the IHC, challenging the ADSJ ruling. The IHC Chief Justice, Athar Minallah, on Tuesday issued a notice to the premier to record his statement and adjourned the hearing till January 12. The court also restricted the ADSJ from further proceeding in the defamation case.