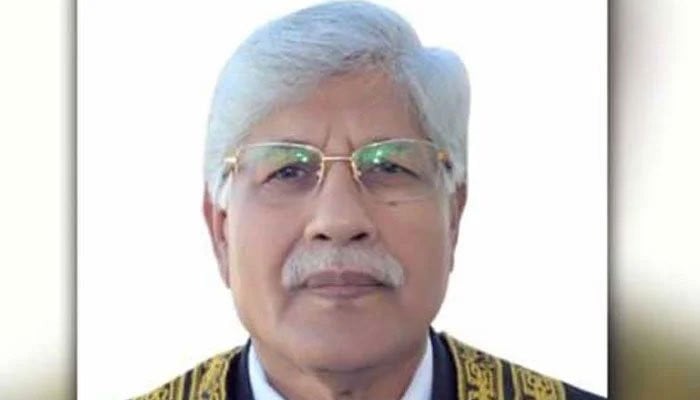 The IHC had given Shamim an extension for the submission of the affidavit by today, December 20, warning him of initiating the process of indictment if he failed to comply with the order.

The most anticipated development in the contempt of court case against Shamim came during a hearing of the case presided by IHC Chief Justice Athar Minallah. Shamim also appeared before the court.

At the outset of the hearing, a sealed envelope containing the controversial affidavit, which was sent from London through a courier service, was presented in court.

Lateef Afridi, Shamim’s counsel said, “the real affidavit was sealed and has now been brought to Pakistan on the court’s order.”

CJ Minallah remarked that the court wants that the defendants open the envelope themselves.

At this, Afridi said that the act of opening the envelope may cause a new inquiry to be initiated against him.

“The court doesn’t have any objection to criticism at all. This court’s reputation was questioned with an affidavit drafted three years after [the incident],” CJ Minallah remarked.

The IHC CJ went on to say that Shamim gave the impression that the high court is “compromised”.

At this, Afridi argued that Shamim did not give the affidavit to someone for publishing.

“It is not a routine case. Can a finger be pointed at any judge of this court?”

Continuing his criticism of the publication of an affidavit in a news report, the IHC judge said that Shamim also gave the impression that the privileged document may have been leaked from a notary public.

“If so, has any action been taken against it in the UK?” he asked.

During the hearing, Pakistan Federal Union of Journalists (PFUJ) Secretary-General Nasir Zaidi referred to the decisions of international courts on freedom of expression.

“A contempt of court [charge] doesn’t apply to [an act done under] freedom of expression,” he said.

At this, CJ Minallah remarked that it is a different matter if the freedom of expression goes against public interest, adding that exception to the former ends when it is related to people’s fundamental rights.

Justice Minallah said that the IHC has always supported freedom of expression.

The court decided to keep the envelope sealed and have it opened in the presence of the attorney-general of Pakistan during the next hearing on December 28.

“The court will move forward in the light of Article 19 of the Constitution,” CJ Minallah remarked.

He said that the court has not reached a decision regarding the framing of charges against Shamim.

“We will dismiss the case if the parties succeed in satisfying us that the contempt of court has not been committed,” IHC CJ said, adding that this is an open inquiry and questions have been raised about the IHC.