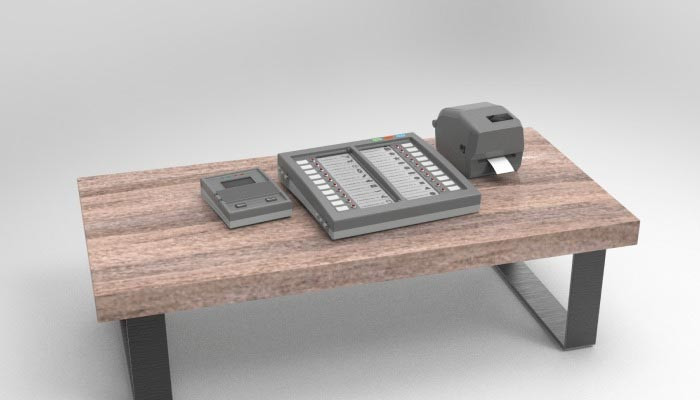 ISLAMABAD: The Election Commission of Pakistan (ECP) said that it has no objection to the use of electronic voting machines (EVMs) in the upcoming local government elections in Punjab, but procurement of 205,000 EVMs within 120 days is impossible, The News has reported.

The stance was maintained at a meeting held under the chairmanship of Chief Election Commissioner Sikander Sultan Raja to discuss the arrangements related to local government elections in Punjab.

The ECP on the use of EVMs told the Punjab government that the commission was willing to use any technology including EVMs during the local body elections in Punjab only if the federal or provincial governments are able to manufacture the required number of EVMs.

The meeting was told that the provincial government was informed that 205,000 machines are required for conducting the Punjab LG polls.

The meeting made it clear that the procurement will be done in accordance with the rules and regulations and Public Procurement Regulatory Authority (PPRA) rules. It was suggested by the commission that the pilot testing of these machines can be done in any village or neighbourhood council.

The ECP clarified that according to the law, elections must be held within 120 days after the dissolution of local governments, therefore, the purchase of machines within 120 days is not possible.

The Punjab chief secretary assured the CEC of all possible cooperation by the provincial government.

The ECP special secretary proposed a few amendments to the Local Government Ordinance 2021 that the provincial government agreed to, in addition to the notification of hilly areas in particular, prompt provision of rules under the ordinance and pre-scheduling.