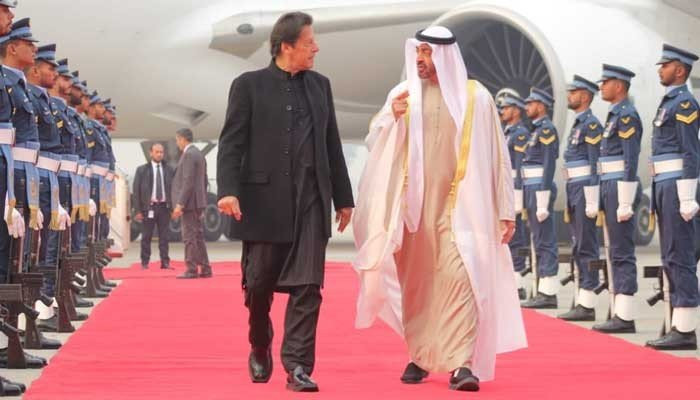 In a series of tweets, the Prime Minister’s Office (PMO) said that PM Imran Khan had a telephone call with the Crown Prince of Abu Dhabi and Deputy Supreme Commander of the UAE Armed Forces, Sheikh Mohamed bin Zayed Al Nahyan.

“The prime minister strongly condemned the recent attempted missile attack by Houthis against the UAE on January 30, 2022. He commended the timely and effective air defence response of the UAE that saved valuable precious lives,” said the tweets.

The PMO said that the premier “expressed abiding solidarity” with the UAE’s leadership, government and people.

Apart from the recent attack, the two leaders also “discussed bilateral cooperation and issues of mutual interest”. They “agreed to continue regular and close consultations at the highest level.

Earlier this week, the UAE said it intercepted and destroyed a ballistic missile launched by Yemen’s Houthi rebels towards the Gulf country with no casualties reported, the third such incident this month.

The defence ministry said in a statement that United Arab Emirates “air defences intercepted and destroyed a ballistic missile launched by the Houthi rebels towards the country”.

It added that debris fell in an unpopulated area and there were no casualties.

The defence ministry also said it destroyed the Houthi missile launcher in Yemen, without specifying its location.

The Emirates affirms its “full readiness to deal with any threats” and will “take all necessary measures to protect the UAE from any attacks”, it added.

The incident on Monday marked the third attack on the Emirates this month, with three foreign workers killed in the first assault on January 17 and the second a week later that was intercepted.

It also coincided with Israeli President Isaac Herzog’s first official visit to the UAE after the two countries normalised relations in 2020.

However, a statement from his office on Monday said that he will “continue his visit as planned”.

The UAE authorities said that the incident had no impact on air traffic, with flight operations proceeding normally.