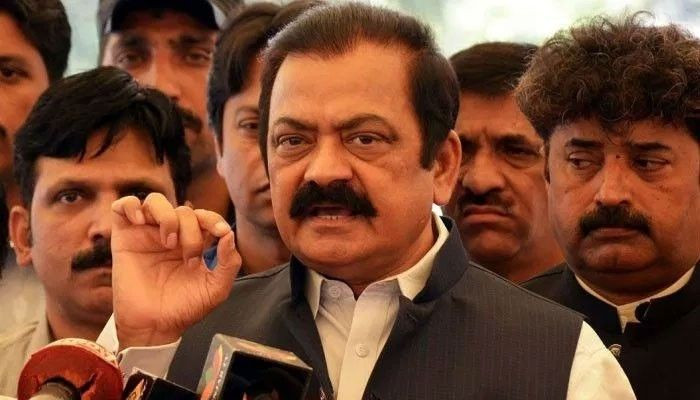 LAHORE: Rana Sanaullah, the Punjab president of the PML-N, said on Saturday that those who ‘assisted’ in the appointment of an inept government in the country should now ‘help’ the nation throw them out.

Rana Sanaullah, speaking to Geo News in Lahore, noted that the price of electricity was hiked by around Rs5 per unit yesterday.

“What will happen to the country’s economy if the dollar’s value surpasses 200? What will be the fate of the poor and the salaried?” he asked.

He said an “incompetent gang” is leading the country to “destruction”.

He added that if the people do not make a stand and the incompetent leadership is not overthrown, the country will incur irreparable damage.

When asked about the popularity of the Pakistan Peoples Party (PPP) in Punjab, he replied that political parties should compete in a healthy way.

He went on to say that those who “imposed” the incumbent, inept government should “fear God” and “have mercy on the nation”.

Sanaullah said people should pay heed to the opposition’s voice and take a stand against the government, adding that the slogans like “respect the vote” literally mean that people have a right to vote whoever they want to.

Commenting on recent remarks made by the PPP’s co-chairman, Sanaullah said Asif Zardari is a high-ranking politician and he should have picked more appropriate words when speaking about PML-N supremo Nawaz Sharif.