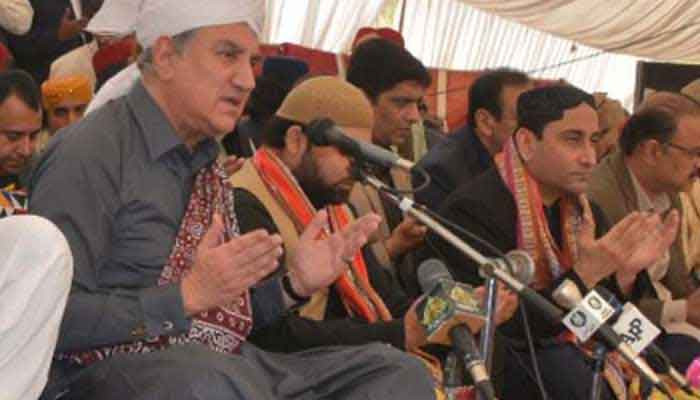 MULTAN: Foreign Minister Shah Mahmood Qureshi Sunday regretted that India was not even issuing visas to pilgrims to attend religious functions in Pakistan when Islamabad, on the other hand, was relaxing its visa policy for Indians.

This was said by the foreign minister during the concluding session of the 708th annual Urs of Hazrat Shah Rukn-e-Alam.

As per a report, Qureshi said thousands of pilgrims from Rajasthan could not attend Shah Rukn-e-Alam’s Urs this year as India did not issue them visas.

The foreign minister said that there were external forces who wanted to promote chaos and instability in Pakistan, adding that they did not want “Pakistan to prosper.”

“We have to block the path of such forces. The nation must unite against them,” he stressed.  The foreign minister said it was important to stay united, adding that the rising trend of extremism in society was dangerous and poisonous.

He said Pakistan’s geostrategic position is very important in the region.

The foreign minister regretted that Muslims in occupied Kashmir and Palestine were braving atrocities, adding that the people of Afghanistan were also in turmoil.

Qureshi said foreign ministers of Islamic countries had been invited to Islamabad on Dec 19 to discuss issues facing Afghanistan. They are coming together for prosperity and lasting peace in the country, he said, adding that Pakistan is making sincere efforts for the establishment of peace in Afghanistan.

FM Qureshi spoke about the rising inflation in the country, saying that the coronavirus pandemic had damaged Pakistan’s economy as it had done to economies around the world.