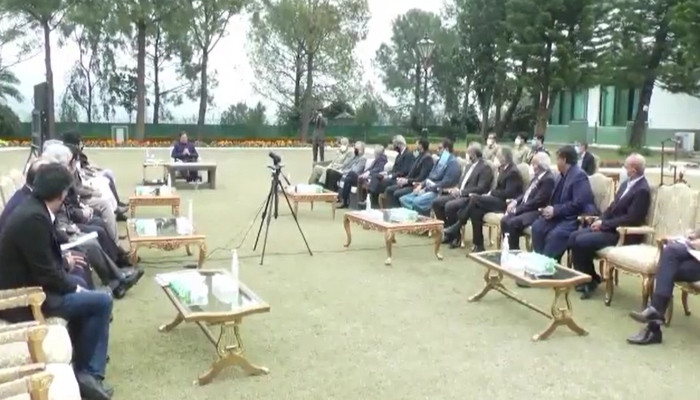 ISLAMABAD: Ahead of Prime Minister Imran Khan’s four-day trip to China, prominent industrialists and businessmen in a meeting with the premier “agreed” to increase the minimum monthly wage in the country, announced the premier’s office on Wednesday.

According to the PMO, a delegation of prominent industrialists and businessmen of the country called on him in Islamabad.

During the meeting, PM Imran informed the delegation that the Pakistan Tehreek-e-Insaf (PTI) had included IT and textile export policy in its manifesto and which was now starting to pay dividends.

The premier assured the businessmen that the government was aware that the burden of inflation in the world market was transferring on the people.

“Steps are being taken to protect the common man from the effects of inflation. Industrialists and businessmen should work with the government to provide relief to the common man,” remarked PM Imran.

The premier said that because of the business-friendly policies of the government the top 10 big companies of the country made a profit of Rs929 billion. He added that his government took historic steps to “promote investment and business” that no other government did before.

“Textile sector exports reached a record high of 21 billion and are expected to reach 26 billion next year. Pakistan has become the fourth largest motorcycle manufacturer. Tractor exports have increased by 10% and 90% of the parts were manufactured in Pakistan,” said PM Imran.

The premier assured the delegation that the government is pursuing a “long-term policy to promote industries and increase exports”.

“Because of business-friendly policies, the industry has made record profits and the fruits of which should go to the working class. I am thankful to those industrialists and businessmen who increased their employees’ salaries on my call,” said the premier.

The PM shared that he needed to consult with the business community before departing for China. He added that during his visit the government will talk about enhancing links between Pakistani and Chinese industrialists and setting up joint ventures.

In the meeting, PM Imran emphasised that there are “ample opportunities in IT, agriculture, livestock, machinery and textile sectors to increase exports”.

He added that along with IT and textiles, there should be a focus on defence manufacturing and engineering

Chief of Army Staff (COAS) General Qamar Javed Bajwa, who was in attendance, told the businessmen that there are “vast opportunities in the defence manufacturing sector that can be exploited via public-private partnerships”.

“For the development of the country we will fully support the implementation of government policies,” remarked the army chief.

According to the PMO, the delegation backed the government’s business-friendly policies and agreed to pass on the benefits of increasing profits to their employees. The industrialists made suggestions for increasing exports, promoting small and medium enterprises, improving the tax system and also gave their input of PM’s visit to China.