Intensive Round Of Talks Held At Vienna On The Joint Comprehensive Plan Of Action (JCPOA), China Unlikely To Exert Pressure On Iran 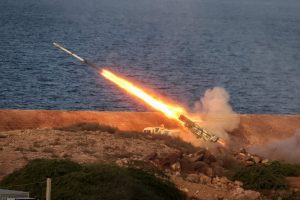 China is unlikely to put pressure on Tehran to agree to US demands to salvage the Iran nuclear deal despite a recent warning from Washington that time is running out to reach an agreement, diplomatic observers believe.
The latest round of talks over the Joint Comprehensive Plan Of Action (JCPOA) began in Vienna in late November and has been continuing over the past week.
Late last month US National Security adviser Jake Sullivan said there may be only “weeks” left before the talks were no longer “viable”.
In an exclusive interview, Iranian Foreign Minister Hossein Amir Abdollahian said that an agreement could be reached if all US sanctions were lifted. Iran has also demanded the US to provide a legal guarantee that it would not again pull out of a deal. We hear good words from that delegation, but what is important to us is to see practical and serious American actions, He further stated.
Earlier, Fu Cong, Director-General of the Department of Arms Control at the Chinese foreign ministry stated that China will continue to modernize its nuclear arsenal for reliability and safety issues. It encouraged the US and Russia to take the initial steps toward reducing their bigger stockpiles in light of a vow by five major nuclear powers to only use the weapons for defensive purposes.
Beijing has moved closer to Iran last year by signing a Comprehensive Strategic Partnership agreement in March. The long-term strategic agreement covers a range of activities, including oil and mining as well as transport and agriculture. In response to US pressure over nuclear talks, China is also likely to host Iranian Foreign Minister Hossein Amir Abdollahian later this week. According to Foreign Ministry Spokesman Saeed Khatibzadeh, there would be a discussion on a variety of matters, including the 25-year agreement.