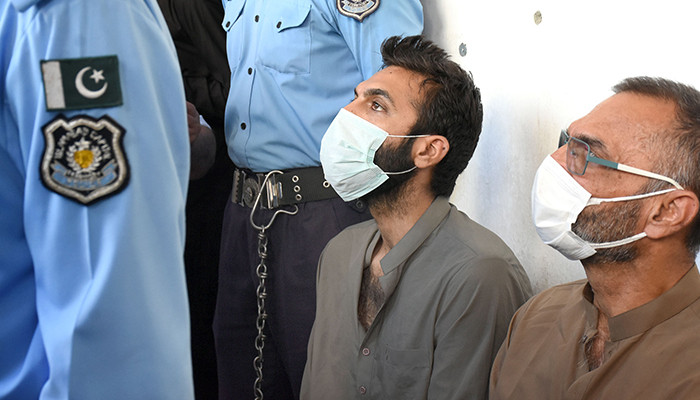 ISLAMABAD: A trial court on Wednesday adjourned further hearing till December 15, in the Noor Mukadam murder case after recording statements of witnesses.

The testimony of the witnesses and their cross-examination continued during today’s hearing before Additional District and Session Judge Atta Rabani.

The court recorded the statement of Assistant Sub-Inspector (ASI) Zubair Mazhar and Dr Sara — the medic who conducted the postmortem of Noor.

The doctor told the court that she had conducted the postmortem of the former ambassador’s daughter on July 21, at 9:30am.

During the proceedings, the lawyer of Therapyworks CEO Tahir Zahoor — who is also accused in the murder case — requested to play the CCTV footage of the incident.

Last month, the Pakistan Electronic Media Regulatory Authority (Pemra) had prohibited the telecast of footage from the CCTV cameras at the residence of Zahir Jaffer after the footage was leaked.

Horrifying scenes of what happened before and after the murder of Noor came to light after transcripts of the CCTV camera footage were submitted in court.

The court after the hearing allowed the mother of Zahir, Asmat Adamjee, to meet the accused. The judge also summoned the plaintiff Noor’s father, Shaukat Mukadam, on the next hearing for testimony.

The prime suspect in the murder of Noor Mukadam, Zahir, was formally charged for the crime by an Islamabad court in October. Besides him, two of the family’s employees — Jamil and Jan Mohammad — were also indicted, along with Zahoor.

Noor Mukadam, a 27-year-old woman, was murdered with a sharp instrument on July 20 within the limits of the ​Kohsar police station in Islamabad’s F-7 area.

The Islamabad police arrested suspect Zahir on the night of July 20 from his house where, according to Noor’s parents, he killed her with a sharp instrument and severed her head.