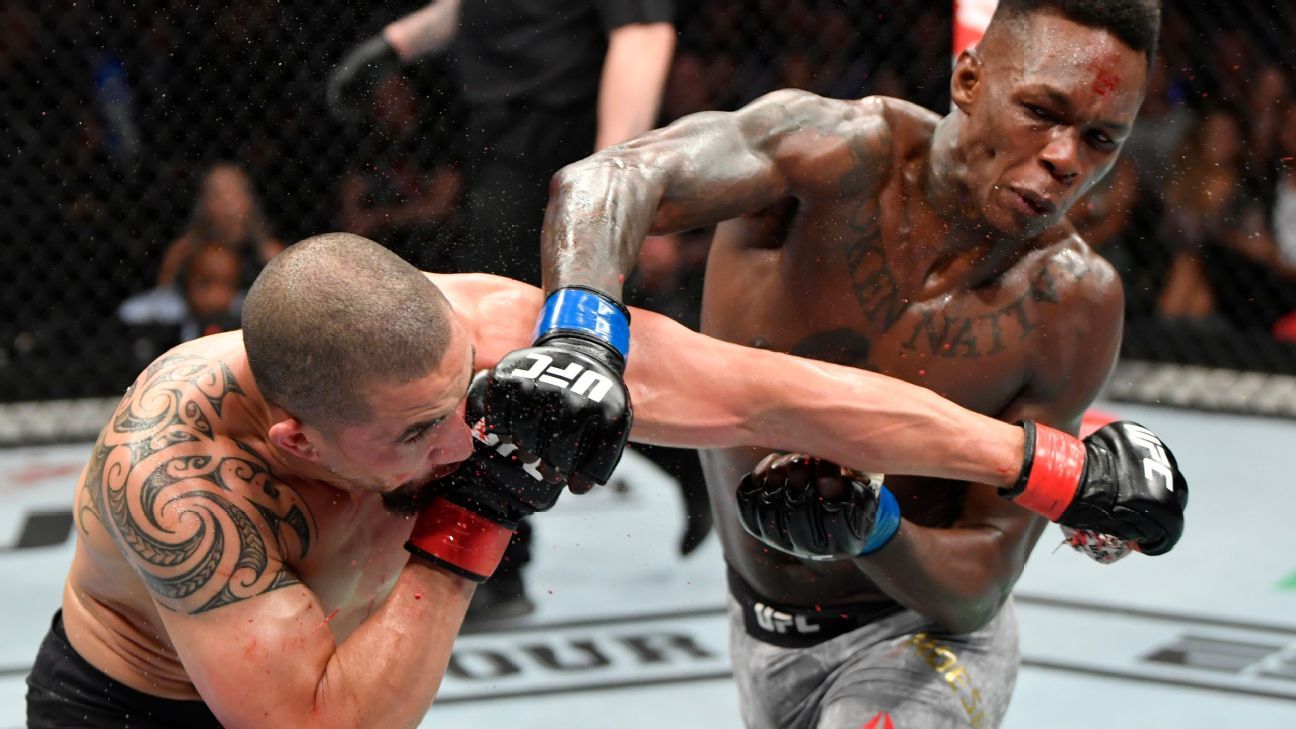 LAS VEGAS — The two best middleweight fighters in the world will meet again early next year.

Israel Adesanya will defend his UFC middleweight title against former champion Robert Whittaker in the main event of UFC 271 on Feb. 12 in Houston, the promotion announced Saturday during the UFC 269 broadcast. Adesanya beat Whittaker by second-round knockout at UFC 243 in October 2019 to win the title.

Adesanya (21-1) has never lost at middleweight and will come in with three title defenses at 185 pounds. The Nigeria native, who lives and trains in New Zealand, beat Marvin Vettori via unanimous decision in his last bout at UFC 263 in June. Adesanya, 32, has just one career loss, to then-UFC light heavyweight champion Jan Blachowicz in a 205-pound title bout at UFC 259 last March.

Whittaker (23-5) has won three in a row since losing the belt to Adesanya. The New Zealand-born Australian has won 12 of his past 13 fights, with the only loss during that stretch coming to Adesanya. Whittaker, 30, won the UFC middleweight title by beating Yoel Romero at UFC 213 in July 2017, and he was later promoted to undisputed champion.