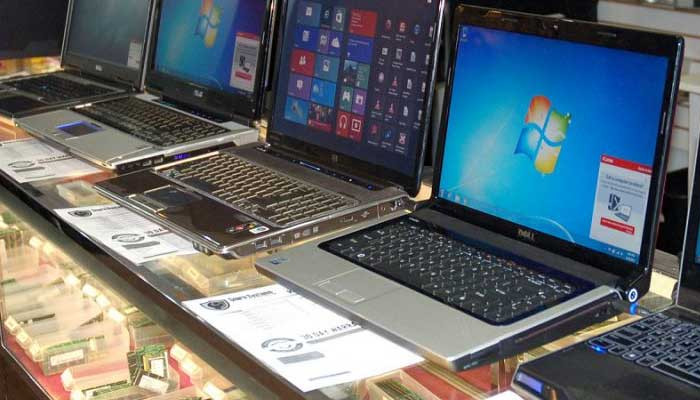 ISLAMABAD: The Ministry of Information Technology and Telecommunication has strongly opposed any move to raise 17 percent General Sales Tax (GST) on import of computers and accessories arguing that the move would severely impact the growth of the IT sector and the budding export industry in infancy.

“If the government moves ahead with the imposition of GST at the standard rate of 17 percent on import of computers, laptops, and its others accessories it would negatively impact freelancing, IT exports and PM’s Vision to make Digital Pakistan,” top official sources of the Ministry of Information Technology and Telecommunication (MoITT) said while talking to The News here on Saturday.

The official sources said the policy move would be against the spirit of PM’s Vision to make Digital Pakistan and on the other hand, the government would increase input cost of necessary tools making it difficult for freelancers and individuals to purchase laptops, computers, and accessories.

“We will oppose it strongly if any such proposal comes under discussion at the highest level,” said the top official. When contacted, the Ministry of Information Technology officials said that the Ministry of Finance had not yet consulted them on the proposed imposition of GST on computers and accessories, however, they would make efforts to apprise PM’s Adviser on Finance Shaukat Tarin of negative impact for taking such measures before the cabinet meeting.

The officials said that the exports of Pakistan’s Information, Communication, and Technology (ICT) stood at $830 million during the first four months (July-Oct) period of the current fiscal year, against $596 million in the same period of the last financial year 2020-21, recording a 39.26 percent surge.

The official said that the government was eyeing to fetch ICT exports to the tune of $5 billion till June 2023 when the PTI-led regime would complete its five-year term. “This ICT exports target would fall in the danger zone if the government imposed 17 percent GST on computers, laptops, and its other accessories,” said the official.

When Telecom expert Pervez Iftikhar was contacted he said it would have disastrous effects on the overall growth and ICT exports. He lamented that the government was moving towards imposing GST on the import of smartphones causing losses to start-ups and overall growth of the ICT sector.

When contacted Ministry of Information Technology officials said that the Ministry of Finance had not yet consulted them on the proposed imposition of GST on computers and accessories, however, they would make efforts to apprise PM’s Asvisor on Finance Shaukat Tarin about negative impact for taking such measures before the cabinet meeting.