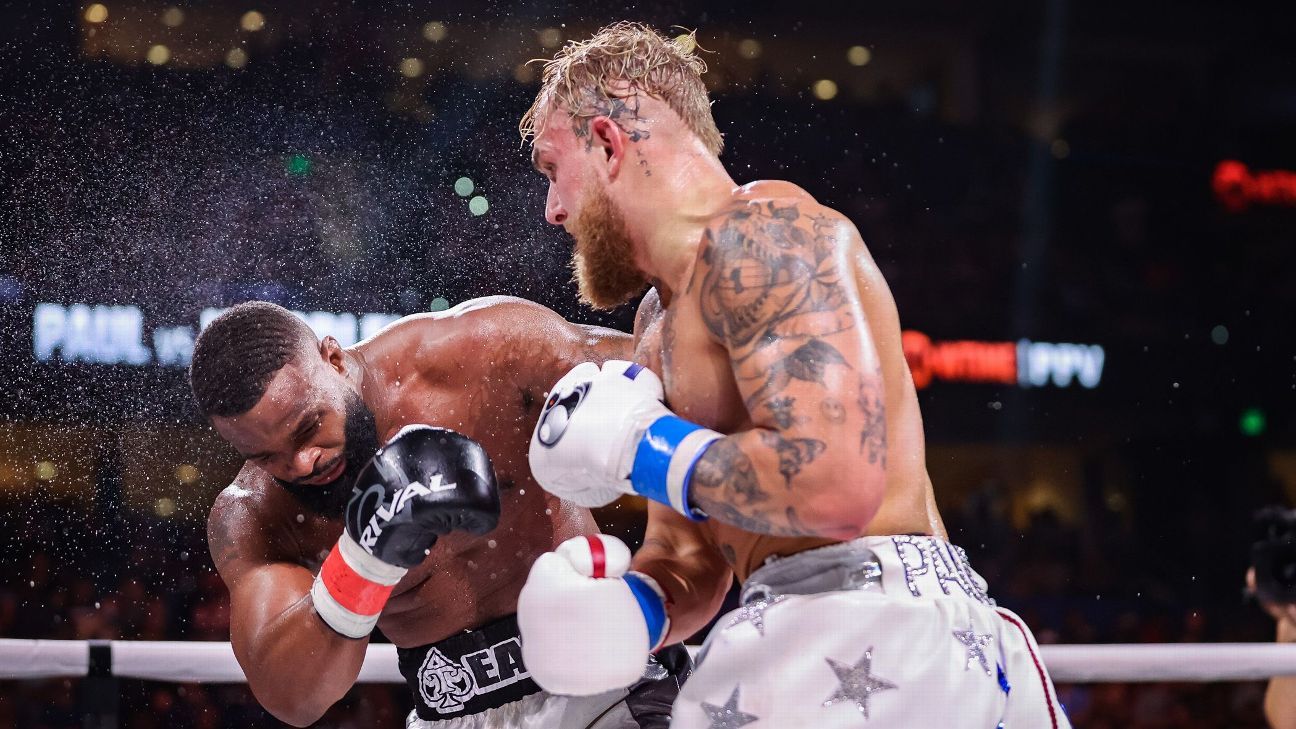 TAMPA, Fla. — Jake Paul’s ascent in the world of boxing isn’t stopping any time soon. In fact, it might just be getting started.

Paul, the YouTube star turned prizefighter, knocked out former UFC welterweight champion Tyron Woodley at 2:12 of the sixth round in a rematch Saturday night at Amalie Arena. In what was a lackluster fight before the finish, Paul walloped Woodley with a huge right hand, and Woodley was out cold on contact, faceplanting to the mat.

“This is as real as it f—ing gets, just like my right hand,” Paul said.

The bout was contracted for 192 pounds over eight rounds. Paul beat Woodley in the first fight via split decision Aug. 29 in Paul’s hometown of Cleveland. Saturday’s bout had a clause that if Woodley knocked out Paul he would win an extra $500,000. But Paul was the one with the spectacular stoppage victory.

“At some point,” Woodley said, “you’ve got to start putting some respect on Jake’s name.”

“This guy is a legend,” Paul said of Woodley. “I respect him for taking this fight on two weeks’ notice, because Tommy Fury is a b—-.”

Paul dealt with adversity in the fight, getting cut from either a clash of heads or an errant elbow in the third round. It was a fairly big cut on his forehead over his right eye and blood was trickling down his face during the rest of the fight.

In his postfight interview, Paul called out UFC stars Jorge Masvidal and Nate Diaz for leaving the arena when Woodley got knocked out.

Paul, 24, made his pro boxing debut in January 2020 and has now ventured into the promotional game. His Most Valuable Promotions company promoted the card with Showtime distributing on pay-per-view.

Woodley (0-2), who was born in Ferguson, Missouri, is considered one of the best MMA welterweights of all time. He held the UFC welterweight title from 2016 to 2019. Woodley, 39, was released by the UFC in March following a fourth straight loss to top 170-pound competition.