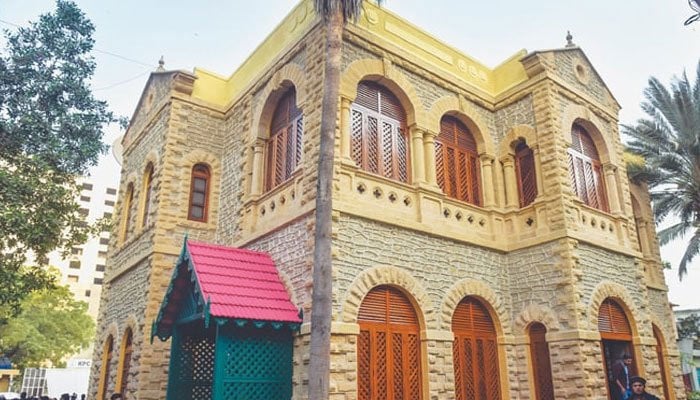 The Democrats panel has swept the annual elections of the Karachi Press Club (KPC) once again, as none of the candidates of the rival panels managed to become a part of the governing body for the 2022 session.

Of the total 1,530 eligible voters of the press club, 1,165 participated in the balloting. The voter turnout was unusually large and had not been expected because of the Covid-19 pandemic.

The Democrats panel’s Fazil Jamili, a journalist associated with the Jang-Geo Media Group, has been reelected president by securing 785, and Business Recorder reporter Rizwan Bhatti has become general secretary by bagging 841 votes.

A large number of banners had been put up inside and outside the press club to instruct the voters to observe all the safety precautions devised in view of the novel coronavirus.

The polling had opened at nine in the morning and continued until six in the evening. Academic and senior journalist Tauseef Ahmed Khan presided over as the chief election commissioner.

According to the results announced by the election committee, Abdul Rasheed Memon of The Democrats panel has been elected vice president by taking 723 votes, Aslam Khan of Dunya TV has polled 814 votes to claim the position of joint secretary and Waheed Rajpar of 92 News has become treasurer by securing 810 votes.

All the candidates won over their voters through a fierce campaign, visiting the offices of media organisations to meet them and extensively using social media and video messages over the past week, promising to make the KPC an ideal institution and to resolve the issues faced by journalists.

After the announcement of the results of the elections, the winning office-bearers congratulated and thanked the voters for their votes and support. For over a decade, The Democrats panel has been winning the press club’s elections, mostly with a thumping margin.