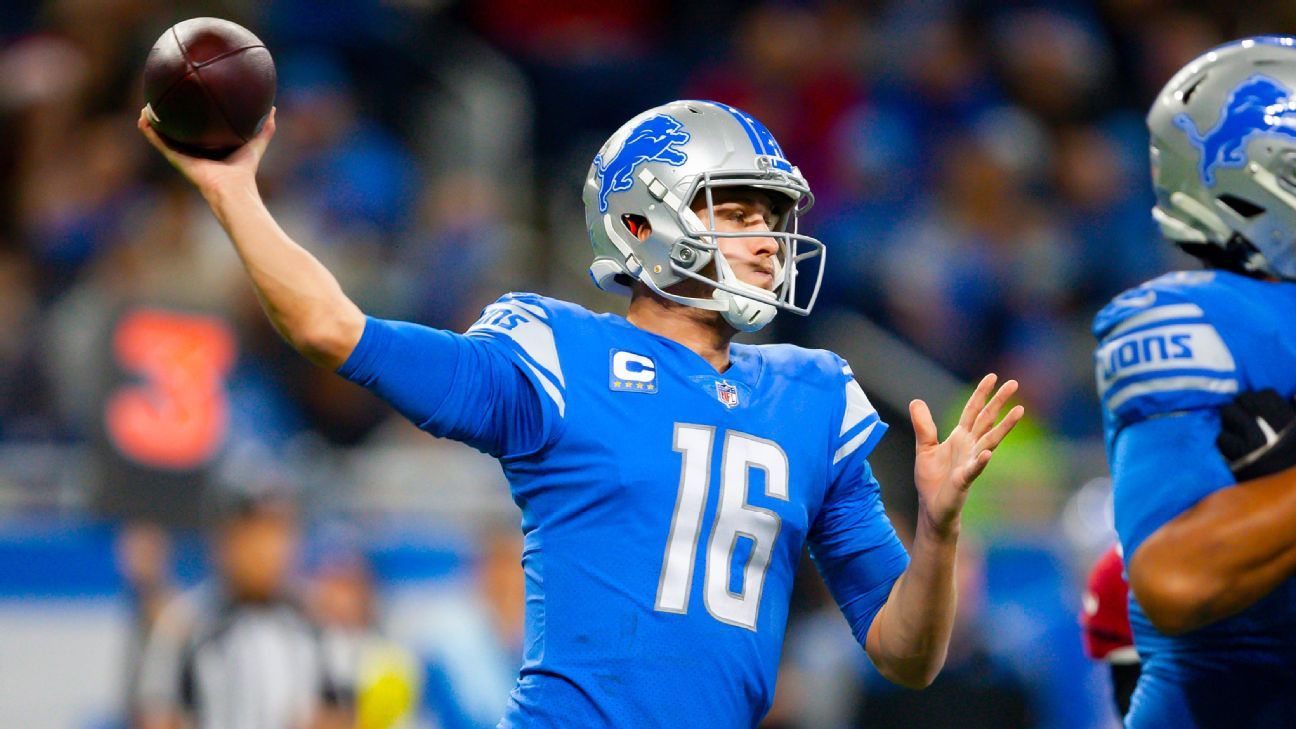 DETROIT — Coming off one of the biggest upsets of the season, Detroit Lions quarterback Jared Goff has been placed on the reserve/COVID-19 list.

Tackle Matt Nelson has also been added to the list, the Lions announced.

Goff completed 21 of 26 passes for 216 yards with three touchdowns during Sunday’s 30-12 win over Arizona.

Goff’s first season in Detroit has been full of challenges, with the team being 2-11-1, and this is the latest one. He says the highs and lows have brought him closer to the game.

“It tests you. It really does. You say you love it until you lose however many in a row we lost, right? And then it’s hard to continue to. But you do because you do love it,” Goff said following Sunday’s win. “I think it does test you and in that way, it has strengthened it [my love for the game]. You learn how hard it is to win, and then you win a game like today against arguably the best team in the league. On paper we don’t match up with them, on paper we don’t.