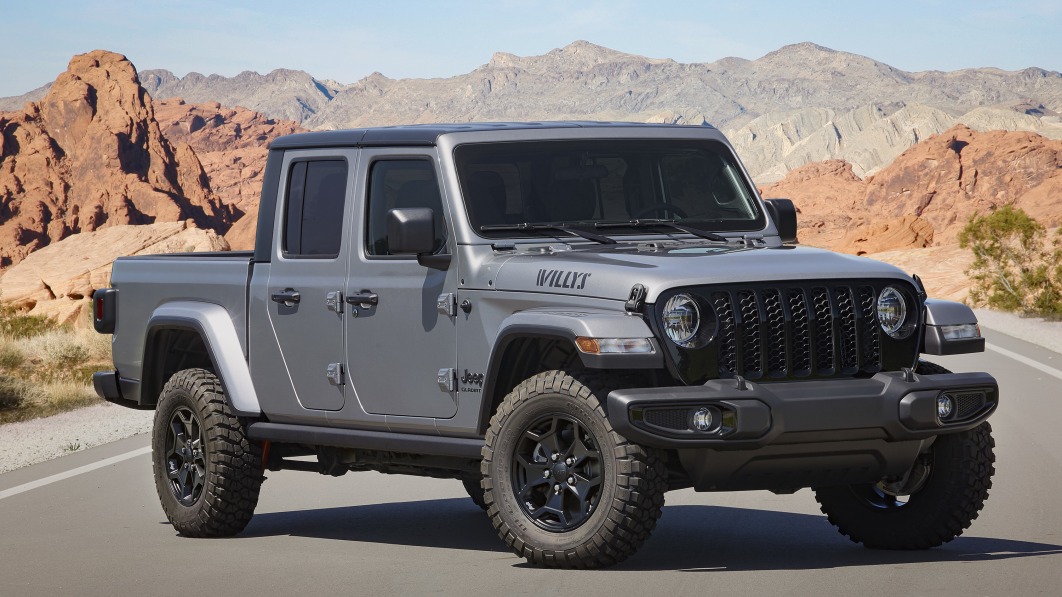 For a model that’s only been on the market three years, Jeep engineers have done a ton of tinkering under the bodywork of the JL-series Wrangler. There’s been the refresh for the 2021 model year and its increased tech options, the V8-powered 392, the fat-tired Willys Xtreme Recon, and the 4xe plug-in hybrid powertrain. We’ve read about more than one Gladiator shopper who wishes the Wrangler’s 4xe powertrain would be fitted to the pickup either this year or next, but that reportedly won’t be the case. Mopar Insiders credits sources inside Stellantis for news that there won’t be a Gladiator 4xe on sale in the U.S. until the 2024 model year.

Supposedly, product planners have prioritized the Wrangler’s mid-cycle update, anticipated for the 2023 model year. The Gladiator gets its turn for a light makeover the following year, the load-lugger said to be adopting the changes made to the Wrangler and adding the rather popular PHEV drivetrain that serves the Wrangler and the 2022 Grand Cherokee. The nitty gritty of that propulsion system is a 2.0-liter turbocharged four-cylinder assisted by a 17-kWh battery working two electric motors. Total system output stands at 375 horsepower and 470 pound-feet, but it’s possible those numbers will change after the refresh.

The EPA rates the Wrangler 4xe at 49 MPGe (miles per gallon equivalent), by far the best of the Wrangler bunch, and 21 miles of pure-electric driving. Jeep has said it expects the Grand Cherokee 4xe to return 57 MPGe, which is likely due to the Grand Cherokee being more friendly to aerodynamics than the shoebox-shaped Wrangler. Because the Gladiator weighs about 500 pounds more than the Wrangler while being just as dismissive of wind resistance, don’t be surprised if the Gladiator’s EPA figures get pruned some compared to its hardcore SUV brother.