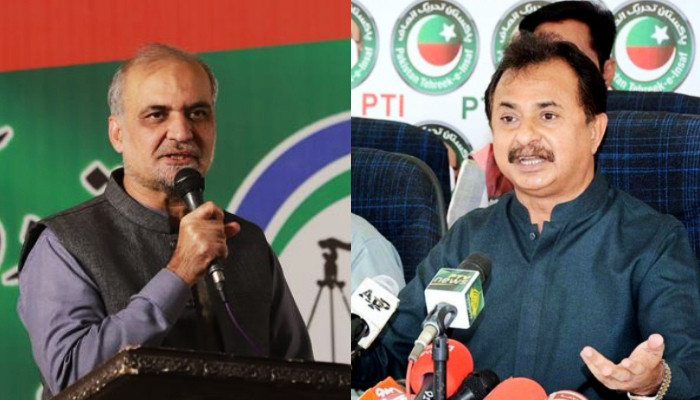 KARACHI: The Jamaat-e-Islami (JI) and Pakistan Tehreek-e-Insaf (PTI) early Friday vowed to “resist” as they termed the Sindh government’s decision to delay the local body polls as “unacceptable”.

The local government elections — scheduled for January 15 — have been put off in Karachi, Hyderabad, and Dadu due to the Muttahida Qaumi Movement-Pakistan’s (MQM-P) reservations, according to Sindh Information Minister Sharjeel Inam Memon.

In a statement, JI Karachi president Hafiz Naeem-Ur-Rehman said that the party would not accept the postponement of the local body elections and termed the decision an “ambush” on Karachi and Hyderabad by the Pakistan Peoples Party (PPP) and MQM-P.

The JI leader asked party members to remain on their marks with unwavering courage as the party’s line of action will be issued this morning. “The Sindh government’s decision is not acceptable under any circumstances.”

Rehman called on his party activists to gear up for protest today and said: “We will stage a protest, go to the Election Commission of Pakistan’s premises, and the court as well. We will not let these people — the MQM-P and PPP — flee.”

He asked party workers to remain in touch with the general public as he was going to announce the party’s next strategy at 10am today.

The JI leader said the party would mull over all possible options to get its due right through the public reaction.

“This [postponement of LG elections] is nothing but backstabbing and an overnight ambush. This is a repeat of what has always happened as the MQM-P and the PPP commit wrongs [against the people].”

Rehman termed the two parties as “robbers” who deprived the youth of their rights, leaving them bereft of education and other basic amenities of civic life. He said the parties pound to devour “even a single ray of hope whenever it is created”.

They are avoiding defeat by postponing the elections as they cannot afford to go to the public, he added.

The PTI also has decided to oppose the provincial government’s decision, saying the party will challenge the delay in the courts and explore every democratic avenue.

In a statement, Leader of the Opposition in Sindh Assembly Haleem Adil Sheikh said that the MQM-P had worked as a pressure group to the Pakistan Peoples Party’s (PPP) “subservient team”. Both parties — MQM and PPP — are two sides of the same coin, he said.

Sheikh disparaged PPP leader Asif Ali Zardari without naming him and said: “Sindh’s biggest ailment and money-worshipper fled Karachi after he had to lick the dust in Punjab.” He called on Zardari to quit politics by admitting moral as well as political defeat.

The PTI leader claimed that the people of Karachi have identified the “mercenaries and the killers” of the Muhajirs and Sindhis. Sheikh said that the provincial government has made the decision to delay the polls as the Pakistan Democratic Movement (PDM) was quite frightened of the imminent defeat in Karachi and Hyderabad.

A single person — PTI Chairman Imran Khan — has exposed the whole system in front of the masses, he claimed. The PTI leader said that those who speak about democracy are scared of people’s democratic rights.

He added that the idea of going into public had disturbed the two parties — MQM-P and PPP. Sheikh said that the plan to occupy the city through the Chief Minister’s House, Bilawal House, and Governor’s House had “flopped”.