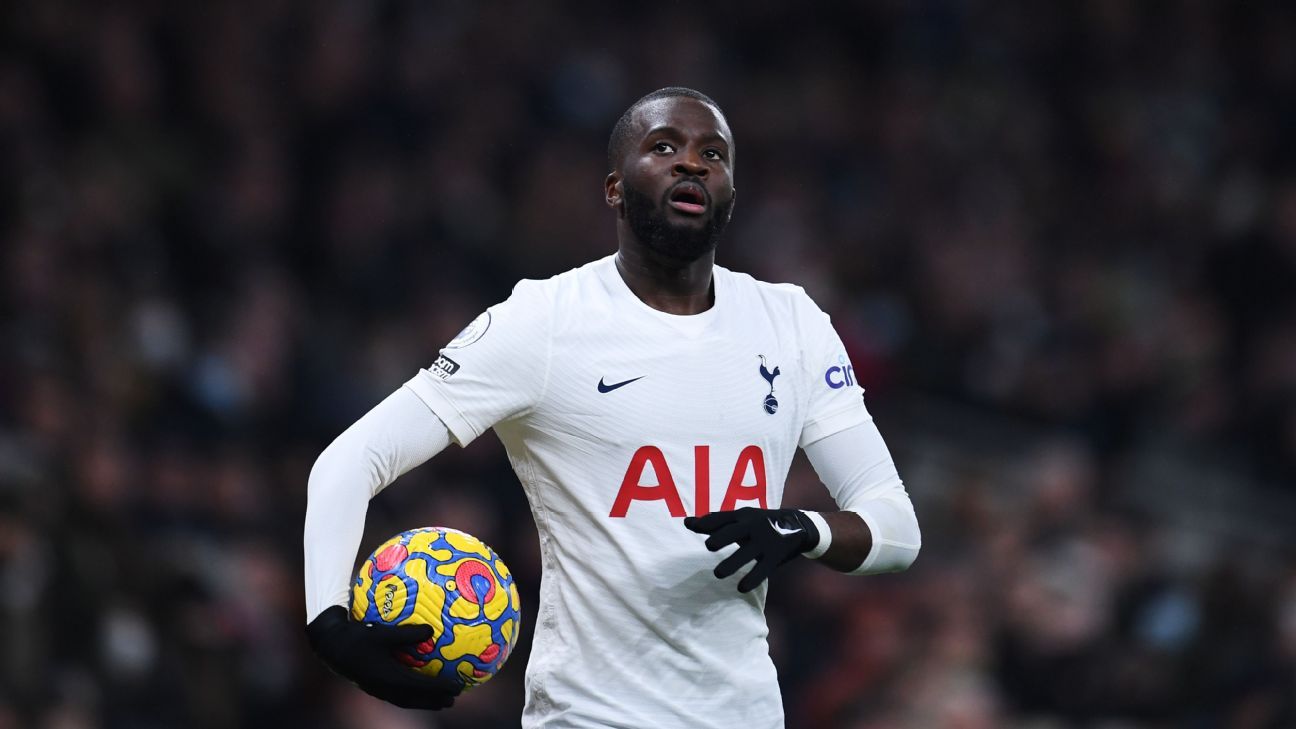 The 2022 winter window is open as of Jan. 1 and there’s plenty of gossip swirling about who’s moving where. Transfer Talk brings you all the latest buzz on rumours, comings and goings and, of course, done deals!

AS Roma are interested in signing Tottenham playmaker Tanguy Ndombele, according to Calciomercato.

The 25-year-old has struggled to establish himself at Spurs since his €60 million switch from Lyon, but now Jose Mourinho is looking to bring him to Italy.

The attacking midfielder signed for Mauricio Pochettino in 2019, but played 57 games under Mourinho while at Tottenham, the second-most of any manager he has played under.

New Spurs head coach Antonio Conte has refused to rule out a potential move away for the France international in January, saying he will have meetings before he discusses potential incomings or outgoings.

Ndombele has only made five appearances under Conte so far, playing 174 minutes of action under the Italian.

However, the report from Calciomercato says that Mourinho and general manager Tiago Pinto are looking at potential midfielders to bolster their ranks.

Marseille‘s Boubacar Kamara is another player who has been linked to Roma, but a loan move for Ndombele has appeared as another option. There is a possibility that the loan deal could include the option for a permanent transfer to the Serie A club.

The deal wouldn’t be the first time that Mourinho has managed former players or looked to sign those from the Premier League, with Tammy Abraham and Chris Smalling playing for him at Roma.

– AC Milan are ready to meet Lille to discuss a deal for defender Sven Botman, reports Calciomercato. The 21-year-old has been heavily linked with a move to Newcastle United, however the report says that he is not interested in a move to the Magpies. However, with the Rossoneri looking for a replacement for the injured Simon Kjaer, Botman is seen as the one they will pursue in January.

– Newcastle, Leicester City and Lyon are interested in centre-back Abdul Mumin, says journalist Ekrem Konur. The 23-year-old has seen his stock rise at Guimaraes, becoming a mainstay for the team this season. He joined in 2020 from Norwegian side Nordsjaelland on a free transfer and has made 13 appearances in the league so far.

– Newcastle are ready to offer more than £50 million for Benfica striker Darwin Nunez, according to Tuttomercato. The Uruguay international has been heavily linked with a move away from the Portuguese side, with Atletico Madrid and Manchester City also said to be interested. The report says that his contract has a €100m release clause.

– Barcelona and Manchester United are in negotiations over a potential deal involving Ousmane Dembele and Anthony Martial. Catalan outlet Ara says that the deal would only go ahead if Dembele rejects a new contract, with his current deal expiring in the summer. Martial is said to be of interest due to the fact he wants to leave Old Trafford as well as the need to strengthen the squad going forward with Ferran Torres already signed.

– Everton and Newcastle are eyeing a move for striker Moussa Marega, reports journalist Ekrem Konur. The 30-year-old left Porto last summer for Saudi Arabian side Al-Hilal, scoring three goals in ten games for the club since his switch.