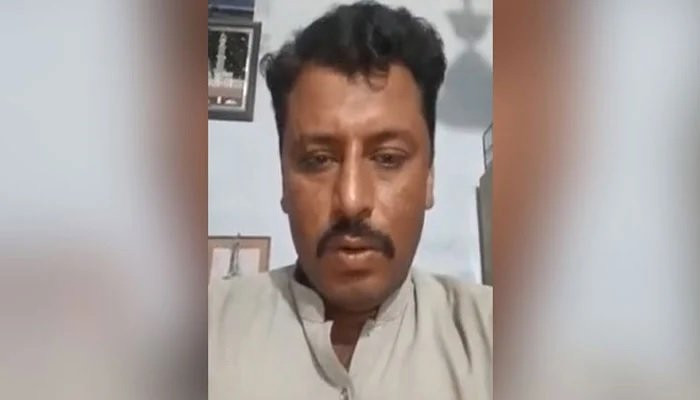 The magistrate announced the decision while issuing the written orders in response to the final challan submitted by the police.

In the order, the magistrate stated that the court “does not agree” with the challan submitted by the police.

“The court agrees with the December 13, 2021 observation of the additional district and sessions judge of trying the case in an anti-terrorism court,” said the order, while returning the challan to the investigation officer of the case.

“The challan of the case should be presented before the relevant anti-terrorism court,” said the magistrate.

The court also ordered that the accused should be produced before the anti-terrorism court and said that a copy of the court order should also be sent to the superintendent of the Malir Jail.

The court said in its observation that the murder of Nazim Jokhio was aimed to create panic among the people.

Last month, the Police had submitted the final challan of the Nazim Jokhio murder case to the judicial magistrate of Malir court.

However, as reported by Dawn, the judicial magistrate had refused to accept the challan and said that a terrorism charge should be included in the challan.

The investigating officer, on the other hand, had added names of the accused in the list, including PPP MNA Jam Abdul Karim, Jam Awais, Meer Ali, Haider Ali and, Niaz Salar who were found guilty of murder.

According to the investigation report, the accused Jamal had threatened to kill Jokhio.

Jokhio was killed on November 3 between 3am to 6am at the Jam House.

The report further added that no evidence of kidnapping Jokhio or aiding the crime was found. Section 365 and 109 of kidnapping and assisting were excluded from the case, however, threatening the accuser was been added.

According to the report, six accused, including Jam Awais, have been arrested.

In 2021, Nazim Jhokio had stopped a car with a foreign registration number plate and asked the people sitting inside the vehicle why they blocked the road and what they were doing there. During a verbal brawl, the youth filmed the entire episode.

Nazim was given death threats and they tried to snatch his mobile. He, somehow, managed to escape from the scene and uploaded the video on social media platforms which went viral.

The PPP MPA called him at his house and tortured him, his family had claimed. The family had said that Nazim was tortured to death by the PPP lawmaker.

On November 3, the police recovered Nazim’s body from Memon Goth in Malir and got his post-mortem done.