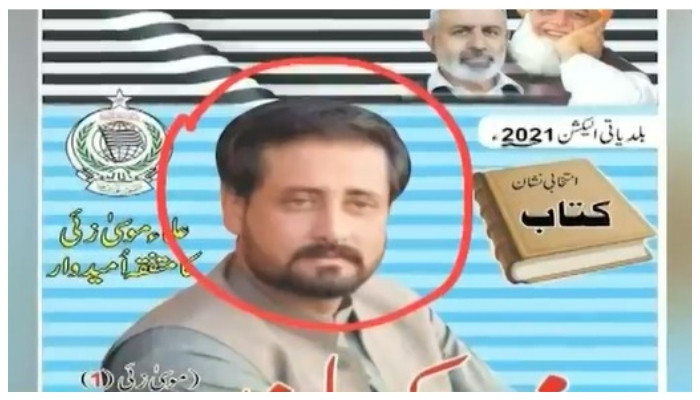 A Jamiat Ulema-e-Islam Fazl (JUI-F) Village Council candidate accidentally took his own life Sunday when he fired a gun in celebration of his victory.

Zakariya Khan, ecstatic at news of his victory on a General Councillor seat, resorted to celebratory gunfire only for the bullet to hit him.

Police said they would investigate Zakariya’s death thoroughly before registering a case.

Polling stations for women were also attacked in Nowshera and Buner.