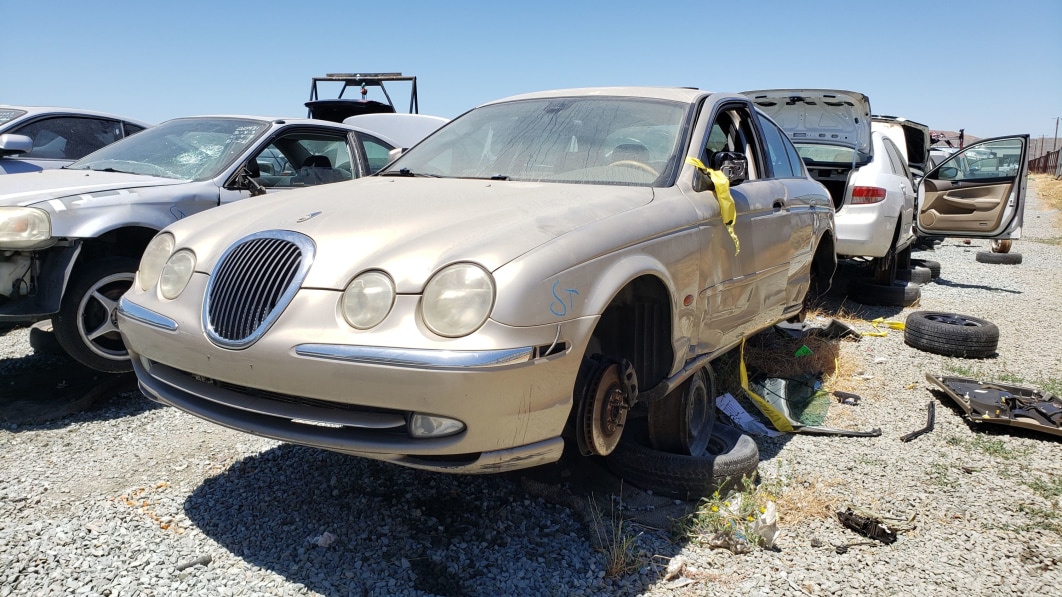 My junkyard studies of Jaguars have focused mostly on the four-wheeled felines of the 1960s through 1980s, but plenty of more recent Jags may be found in U-Pull-type yards around the continent. Today’s Junkyard Gem appeared in a Northern California boneyard last summer, and it had stories to tell. 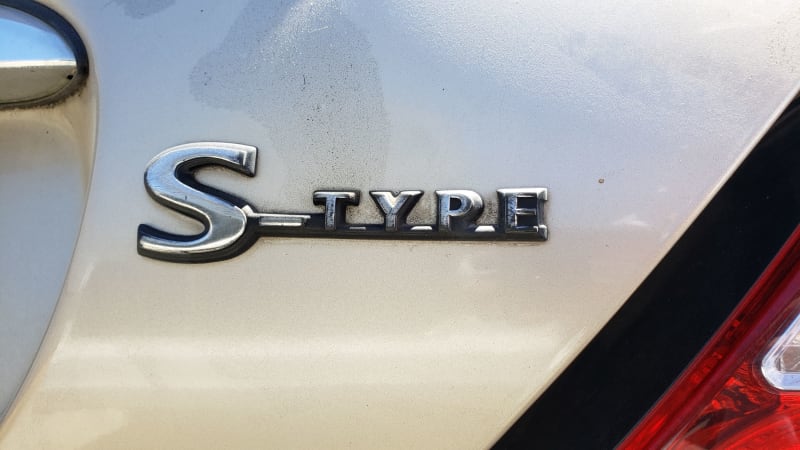 Once Ford took over Jaguar in 1990, the idea of a midsize Jaguar saloon to steal sales from the BMW E39 5 Series and Lexus GS seemed like an increasingly good idea, and so a name used on a mid-1960s version of the Jaguar Mark 2 was revived for use on a car built on the same platform as the Lincoln LS. Both the new S-Type and LS appeared during the 1999 model year, and both are fairly easy to find in your local Ewe Pullet today. 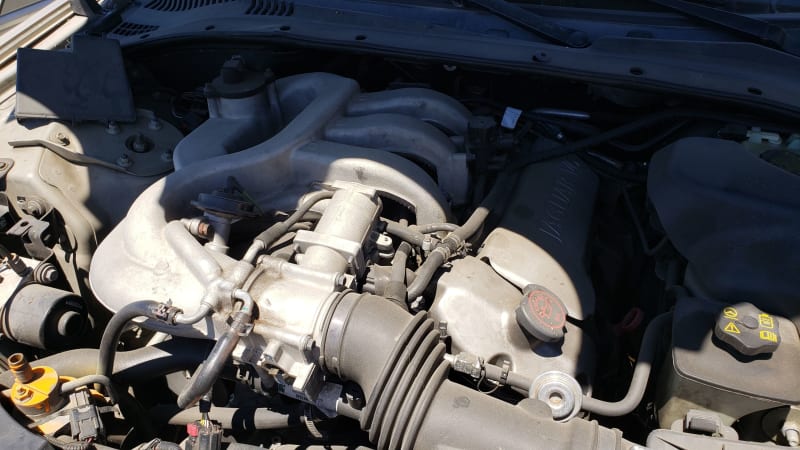 American S-Type buyers could choose between a 3.0-liter V6 and various flavors of V8 (including a hairy supercharged V8 good for 400 horses in the S-Type R). This car has the V6, which was based on the Duratec out of the Taurus and made 281 horsepower. 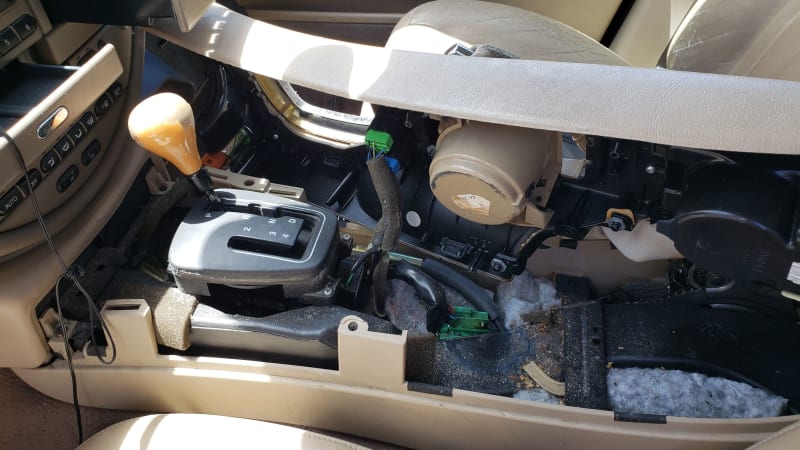 In theory, American S-Type (and Lincoln LS) buyers could get a five-speed manual transmission on V6-equipped 1999-2003 cars … but I’ve never seen a three-pedal S-Type/LS, and I’ve been looking hard. As you’d expect, European S-Type buyers could get both manual transmissions and diesel engines for the duration of the car’s 1999-2007 production run. This car has a ZF six-speed slushbox. 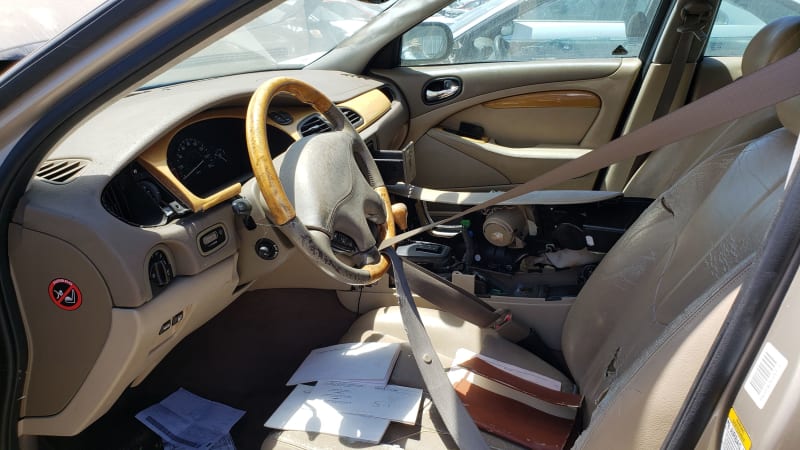 The interior looks to have been in good condition when the car showed up here, and the original manuals were still in the car. 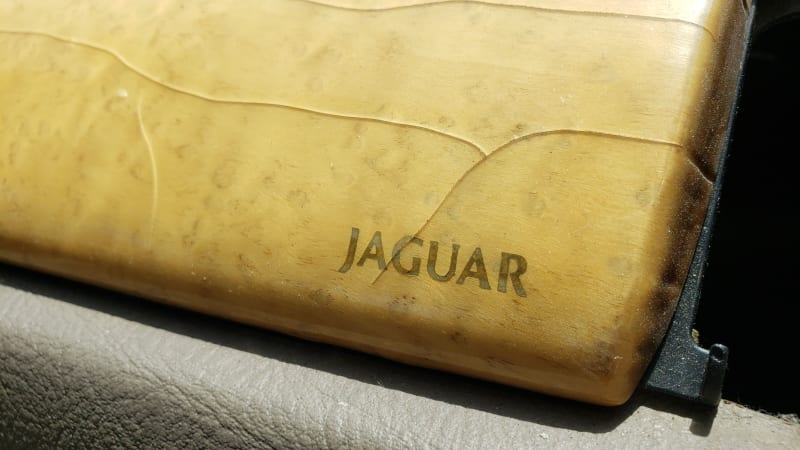 Some of the wood trim got a bit cracked in the California sun during the car’s two decades on the road. 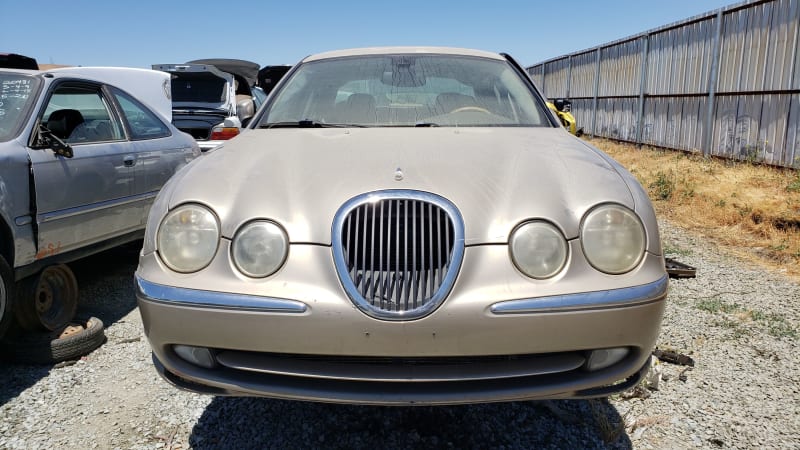 That sure looks a lot like a Kia Amanti nose, doesn’t it? The Amanti appeared a few years later and showed strong S-Type (and E-Class) styling influence.