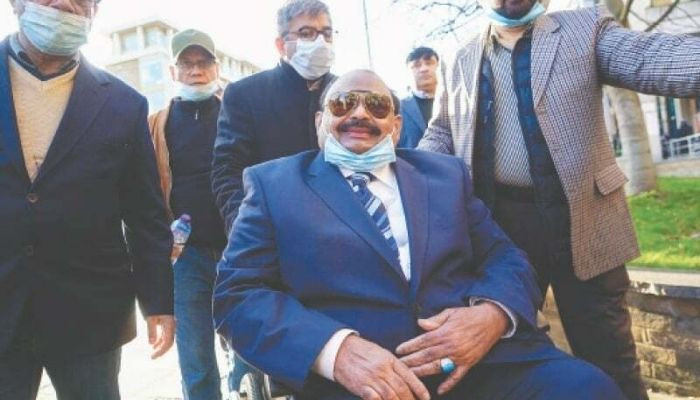 LONDON: A Scotland Yard senior chief constable told the Kingston Crown Court that detectives found recordings of the Muttahida Qaumi Movement (MQM) founder Altaf Hussain’s speeches from both the Edgware International Secretariat and Altaf Hussain’s Mill House during a raid as part of the investigation into the alleged incitement speech inquiry.

On the 5th day of the trial at the court here, the Crown Prosecution Service’s witnesses continued their submissions before the court. Altaf Hussain’s lawyers are likely to start their defence arguments in a day.

The detective constable Underwood told the court that the police found evidence of speeches in the form of cassettes and notes of Altaf Hussain’s speeches during the raid which were then translated from Urdu to English. The same detective visited Pakistan in 2019 for investigations, the jury heard. The jury heard that 16 items of evidence were recovered during the police searches in London.

Altaf Hussain, according to the transcript read out before the jury, instructs his followers to “tell GEO and ARY that whoever wishes to go home, that they should go. 100,000 thousand people will descend upon you. Do call everyone and play the speech I have just made. The idiots are not aware of anything. Call Geo and the other one and tell them ‘it would be better if you went home’.”

He further told his followers to “turn off the transmissions of GEO.” He also asked them to join him by marching, on buses, and on foot, as well.

The prosecution says that Altaf Hussain had made two speeches on 22nd August 2016 which led to the alleged violence in the city of Karachi. In one audio speech, Hussain urged his followers to take a procession of several thousands to the Rangers Headquarters in Karachi and get DG Rangers Bilal Akbar out.

The detective told the jury that the MQM founder wanted tens of thousands to come out and gather outside the Karachi Press Club (KPC). The jury heard that the MQM leader wanted the crowd to march on to Rangers Headquarters and from there to the offices of Geo, ARY and Samaa. The jury heard the MQM leader asked his followers to render these channels ineffective and terminate their transmissions.

The jury heard that Altaf Hussain was agitated after Lahore High Court’s ban on his speeches. On 17 August, he spoke to the MQM’s Rabita Committee and expressed his frustration that the RC members not doing enough at the arbitrary actions being taken by the Federal government agencies.  The MQM founder, the jury was told, asked his MQM Senators to submit their resignations, start hunger strike, raise voice against illegal actions against the MQM workers and contact Amnesty International.

On 21st August, the MQM-Pakistan leaders told Hussain that there was improvement in the situation as his tickers had returned to TV screens. He told his party, according to the prosecution, that there was no point in meeting Pervaiz Rasheed if he didn’t have the mandate. The jury heard the MQM chief wanted Rahseed to register cases for the disappearance and killings of 60 MQM workers against the DG Rangers.

In his first call to the hunger camp on August 22, Hussain told his followers about the alleged extravagances by the Rangers.

According to the jury, Hussain told his workers that he will end relationship with them in 12 hours if they don’t rise up against the alleged injustice.

Altaf Hussain, 69, has been charged under the Terrorism Act 2006 on suspicion of intentionally encouraging or assisting offences contrary to Section 44 of the Serious Crime Act 2007. He denies the charge and says he has not committed any offence. The trial is likely to continue till the end of February.