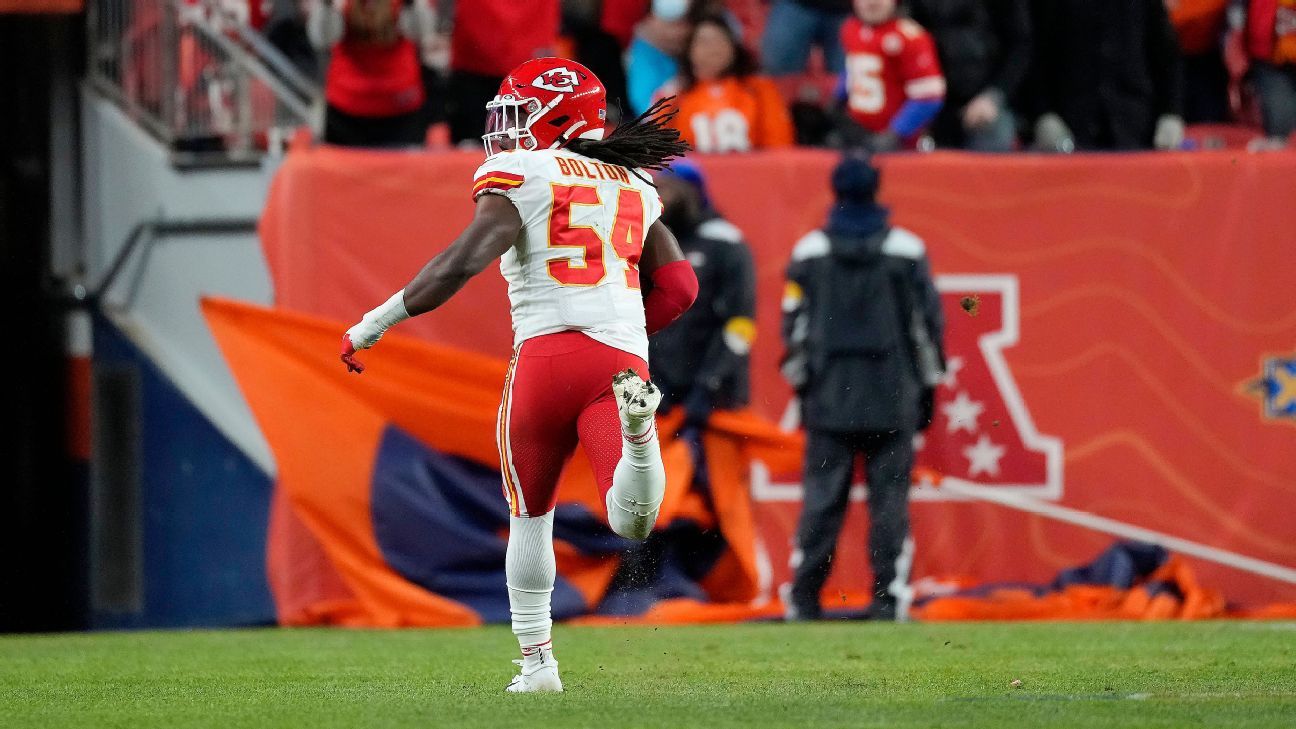 DENVER — The Kansas City Chiefs secured the AFC’s No. 2 playoff seed in beating the Denver Broncos 28-24 on Saturday but didn’t look much like a team primed for a deep postseason run. They needed an 86-yard fumble return by linebacker Nick Bolton in the fourth quarter to subdue the Broncos.

The Chiefs will stay glued to their TVs on Sunday — the game between the Tennessee Titans and the Houston Texans in particular. Kansas City would wind up with the AFC’s No. 1 seed and the conference’s only first-round playoff bye if the Titans lose to the Texans.

“I’ll watch all the games,” quarterback Patrick Mahomes said. “Obviously, I’ll have that game on the TV and be checking that one out.”

Unless Houston upsets Tennessee, the Chiefs will host a wild-card playoff game next weekend but look like a team that could use a week off. They struggled with the 7-10 Broncos, a team that entered the game averaging less than 20 points per game. They hadn’t scored more than 13 points in any of their three previous games.

The Broncos not only scored 24 points but also had 364 yards, well above their season average of 328.

“If we don’t get the bye, we’ll be ready,” said Andy Reid, who with Saturday’s victory became the fifth coach in NFL history to win 250 games, including the playoffs. “Either way we are going to utilize whatever time we have to get ready for the next game.”

The Chiefs have now won 13 straight games against the Broncos, last losing in 2015 when Denver was quarterbacked by Peyton Manning.

The Chiefs, who finished the regular season at 12-5, had previously clinched their sixth straight AFC West title.