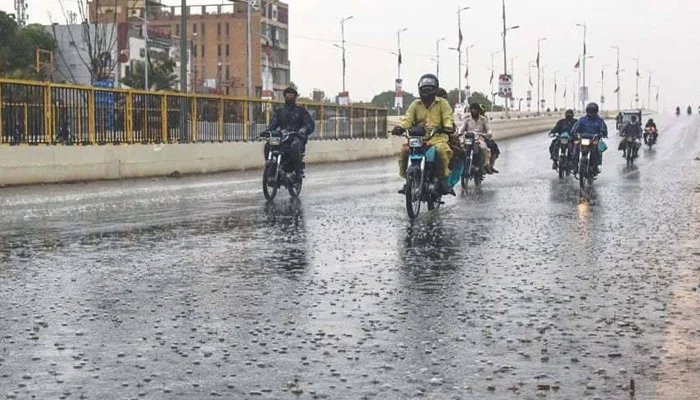 KARACHI: Karachi is likely to receive heavy rainfall by tonight (Wednesday) as a strong rainy weather system is still present in the city, Geo News reported.

The second spell of winter rain started in Karachi yesterday as parts of the city received light to moderate rain, due to which weather turned cold.

After a night-long downpour, the situation in Karachi returned to normal, although rainwater could still be seen accumulated in different parts of the city, causing troubles for motorists and commuters.

A total of four deaths were reported due to the rain across Sindh. One person died as the roof of a house collapsed in Mawach Goth, while three people lost their lives and two others sustained injuries after the roof of a cattle farm collapsed.

According to the Pakistan Metrological Department (PMD), a westerly system had entered Pakistan through Iran which is causing light rains in different parts of Karachi and more light to moderate showers are expected in the city.

The PMD further said that the mercury dropped as low as 14.8 degrees Celsius in the city today amid intermittent rainfall that continued the whole night while the humidity level in the atmosphere was recorded at 95%.

The highest amount of rain was recorded at Jinnah Terminal, which received 20.7mm of rain overnight, the PMD said.