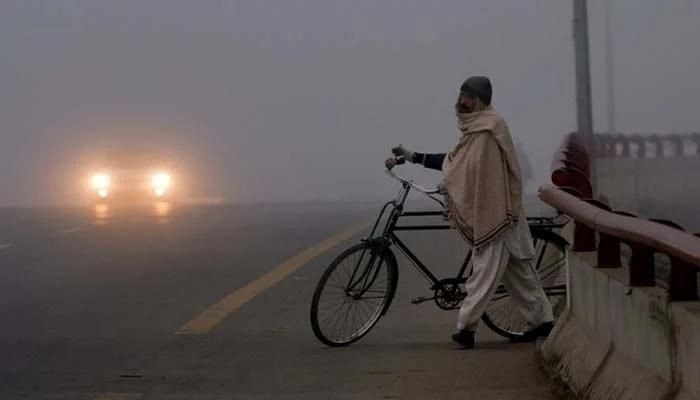 Karachi recorded the coldest morning of the winter this year today (Saturday), as the westerly wind system grappled the city, dropping the temperature to 10.5 degrees Celsius.

Cold and dry weather is likely to prevail in the metropolis for the next 24 hours, according to the Pakistan Meteorological Department (PMD).

The humidity was reported at 49% on the morning of December 11, 2021, according to PMD spokesperson Sardar Sarfaraz.

Meanwhile, light winds will blow from the northeast at 15 to 20 kilometres per hour as the weather pattern shifts.

According to AccuWeather, the cloud cover in the morning of December 11 was 60%, while the sky will stay partly cloudy with a 24% cover in the afternoon.

In addition, the temperature is expected to stay between 12 and 13 degrees Celsius throughout the night.

The possibilities of winter rain and precipitation have nearly gone as the cold winds intensify, albeit the weather pattern is expected to produce chilly and dry spells with temperatures ranging from 7 to 9 degrees Celsius in the coming weeks.