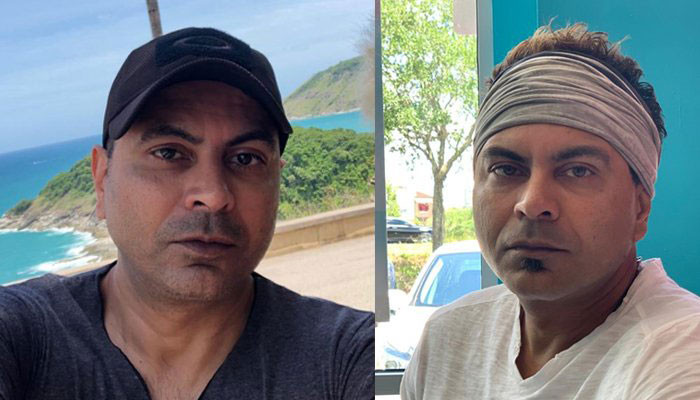 LONDON: When condemning the US Federal Bureau of Investigation’s valued secret agent Kamran Faridi, 57, to seven years in jail in December 2020, Judge Cathy Seibel of New York’s Southern District Court described it as “perhaps the most difficult sentencing I have ever done.”

The judge commented that the case carried facts, “unlike anything I think most of us have ever seen”. She had reached that conclusion after learning the startling facts of the Karachi-born spy’s history.

Faridi’s “career” had started with hustling on the rough streets of Karachi, segued into major crimes, and then swerved towards a life of dangerous undercover operations for American secret services.

He ultimately ran afoul of his handlers for issuing death threats to three former colleagues — his FBI supervisor, an FBI Joint Terrorism Task Force (JTTF) officer, and his former FBI handler — in February 2020.

This correspondent reviewed court papers and spoke to Faridi, who is currently serving time in a New York jail, to piece together the extraordinary life of a man whose career in criminality started after he became associated with student politics in Karachi while still in his teens.

Faridi was born and grew up in Block 3 of Karachi’s Gulshan-e-Iqbal area. He joined the Peoples Students Federation (PSF) — the student wing of the Pakistan Peoples Party — when he was a Grade-9 student at the Ali Ali School and had started hanging out at the National College, Karachi University, and NED University. Faridi eventually grew close to PSF’s Najeeb Ahmed, then a well-known student leader.

This was a time when student unions were — quite literally and violently — at war with each other. Faridi told this reporter that he started running guns and got into kidnapping for ransom, carjacking, and armed attacks.

As he lived in an area dominated by the rival Muttahida Qaumi Movement (MQM), it soon became difficult for him to operate from home ground. Najeeb helped Faridi shift to Times Square, where he joined other PSF activists living in the apartment complex.

Local police and the Crime Investigation Department (CID, now known as the CTD) soon had arrest warrants out against Faridi. At the same time, MQM activists were hunting him down.

Aware of the danger, Faridi’s family paid off a human smuggler and arranged for him to travel to Sweden. In Sweden, however, Faridi was unable to keep a low profile and soon got into fights with the local Albanian and Bangladeshi gangs. He was arrested a few times by local police, and in 1992, Swedish authorities blacklisted him and refused to give him a visa due to his bad conduct.

Now an illegal immigrant, Faridi went into hiding at an island, where he was allegedly helped by Greenpeace activists. A local human rights activist, according to Faridi, arranged a fake passport for him to travel to Iceland, from where he went to America and started a life in New York City. He later moved to Atlanta, Georgia, in 1994 and bought a gas station in a violent neighbourhood called Bankhead Highway.

According to Faridi, Atlanta police used to hustle him regularly for bribes. Fed up of their harassment, he reported them to the FBI. This is how Faridi first came into contact with the federal agency.

The FBI agents he was in contact with, Faridi claimed, told him that they would help him, but only if he would help them first. They wanted him to infiltrate a local Urdu-speaking Pakistani gang that had been causing difficulties for local law enforcement. The FBI saw value in Faridi’s fluent command of Urdu, Punjabi, and Hindi, and in 1996 he became a full-time informant and agent.

Thanks to his criminal background, Faridi did so well in helping the FBI’s investigations that he was offered assignments with the Central Intelligence Agency (CIA), the Drugs Enforcement Agency (DEA), UK’s MI6, French intelligence, Austrian federal police, Thailand’s Federal Police, and the Malaysian National Police. He was routinely dispatched to trouble zones where undercover operations in criminal and terrorist networks were needed.

Ahead of sending Faridi to Pakistan after former military dictator Pervez Musharraf seized power in 1999, the American authorities arranged visas for Faridi’s parents so they could be moved from Karachi to America. They now live in Tampa, Florida.

As described by the US government in court testimony, Faridi’s feats included several high-profile terrorism-related operations. He also reportedly played a key role in obtaining information from some of the world’s deadliest groups and persons.

The court heard that in May 2011, Faridi began supporting an FBI investigation into the notorious South Asian criminal network, D-Company. His “labours provided the FBI great insight into D-Company’s structure and tactics”, and he managed to cultivate an additional FBI source in Pakistan whose role was seen as so successful that the FBI had to twice relocate his family.

In 2014, Faridi became the primary source for a long-term, wide-reaching counterterrorism investigation targeting an overseas network of senior terrorist operatives. According to the US government, Faridi gathered critical intelligence on the network and its affiliates’ leadership structure, communication methods, external attack plotting, and operatives, leading to arrests in the US, Europe, and Asia and the identification of more than a dozen individuals seeking to travel to conflict zones to participate in terrorist activity.

In 2015, Faridi maintained a joint safe house with Walid Al-Agha, a Daesh supporter, and leader based in Turkey, and facilitated the travel of other ISIS supporters between Syria and Turkey. In November 2015, Al-Agha was ultimately convicted in Turkey and the US government credited Kamran Faridi for playing a lead role in the conviction.

In late March 2018, he travelled to South America, where he identified a support network that was facilitating the travel of terrorist operatives. According to court papers, at the FBI’s direction, Faridi developed a relationship with Mohamed Ahmed Elsayed Ibrahim, a senior al-Qaida member based in Brazil who was involved in plotting terrorist attacks.

It was through Faridi’s efforts that the US learned about Abu Jafar and other al-Qaida members planning to attack the US and foreign maritime vessels with explosives off the coasts of Djibouti and Europe. When Abu Jafar received scuba-diving training in Malaysia and Thailand, Faridi accompanied him, and based on Faridi’s reporting and assistance, the FBI placed Abu Jafar on its Most-Wanted list.

In July 2018, he travelled to Africa to pursue possible business opportunities with suspected terrorists. While in Africa, Faridi developed relationships with several terrorist affiliates who played a role in plotting Africa-based attacks.

The FBI also deployed Faridi to Southeast Asia several times in 2016, and again in 2019, to interact with senior terrorist figures. In February 2019, Faridi’s assistance led to the arrest of two al-Qaida operatives in Malaysia, according to the US government.

It was thanks to a trap set up by Faridi that Karachi businessman Jabir Motiwala was arrested in London in August 2018 on suspicion that he was a top lieutenant of underworld kingpin Dawood Ibrahim and was involved in running drugs, extortion, and money laundering on behalf of D-Company, the criminal network run by Ibrahim.

Faridi had gained Motiwala’s trust after meeting him in Karachi, Dubai, and America nearly eight years before his arrest.

While Motiwala was in Wandsworth prison in London — contesting but waiting for his almost certain extradition to the US — the FBI revoked Faridi’s contract in February 2020. It was Faridi’s refusal to continue acting as a witness against Jabir and his refusal to sign a statement that led to the eventual collapse of the case against Motiwala.

Faridi told this correspondent in written exchanges that he was asked by the FBI to falsely testify against D-Company, Dawood Ibrahim, Chhota Shakeel, Anees Bhai, and Anees Tingu in Jabir Motiwala’s case to link them to the charges against Jabir Motiwala. He was also allegedly told to sign false testimony linking these individuals to the procurement of nuclear technology on behalf of a leading Pakistani spy agency.

“I did not want to sell Pakistan out on a false basis. I say it on oath that I was asked to lie in my statements by my bosses and I refused to lie. They said if I lie the evidence will become stronger, but I refused,” he said.

Faridi further alleged that one of his FBI handlers had written a report linking Hafiz Saeed and Lashkar-e-Taiba to criminal activities, but he refused to submit false testimony and refused to sign the report. After his contract was suddenly revoked, Faridi emailed and texted multiple death threats on February 17 and 18, 2020, to his former FBI handlers.

The court heard that Faridi had “felt betrayed” by the FBI because his wife, Kelly, had just been diagnosed with cancer, and news of his termination worsened the blow. The US government also informed the court that Faridi had helped “enemies of the US” when he asked his wife to alert at least four or five suspects that they were under surveillance.

“The benefit that the defendant gave this country is tremendous and the damage he did […] didn’t wipe it out completely, but it did a tremendous amount of harm.” She sent him to jail for a seven-year term.

From behind bars, Faridi now hopes that the judge will take a “considerate” look at his case and contributions and reduce the sentence. That is the only hope he has right now. He told this reporter that he will leave for Pakistan as soon as his sentence is over.

“I served the US wholeheartedly, but I have been rewarded a jail sentence and removed from long service because I refused to lie about Pakistan.”