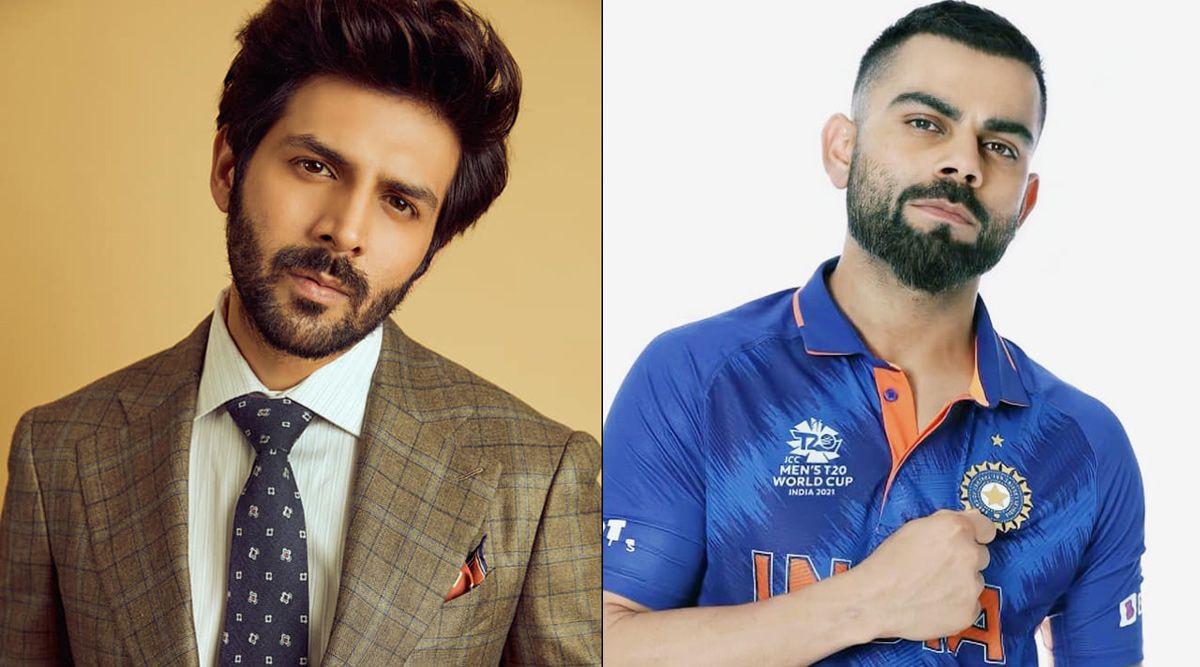 Following the success of MS Dhoni: The Untold Story, and ’83, it seems like cricket biopics are here to stay in Bollywood. With Chakda Express in the making, actor Kartik Aryan expressed his interest in helming the role of Virat Kohli in the latter’s biopic.

The Dhamaka star recently uploaded a picture in cricket gear on his Instagram, provoking a flurry of speculation over Aaryan starring in a cricket film. However, in an interview with Bollywood Hungama, Aaryan explained that the attire was for an advertisement shoot. He was then subjected to questions from fans about which cricketer’s biopic he would like to act in.

“If I’d love to do a biopic,” Aaryan took a brief pause to think and said, “it would be Virat Kohli!” Kohli is the current Indian captain and is regarded as one of the most successful and popular cricketers in the world.

The Pyaar Ka Punchnama star recently emerged in a completely different avatar in Ram Madhvani’s Dhamaka. Experimenting with different genres and widening his acting portfolio, 2022 will see him in a number of films, including Bhool Bhulaiyaa 2, Freddy, and Shehzada and if his interest is carried on, Aaryan will be seen trying his hand in the genre of cricket biopics too.