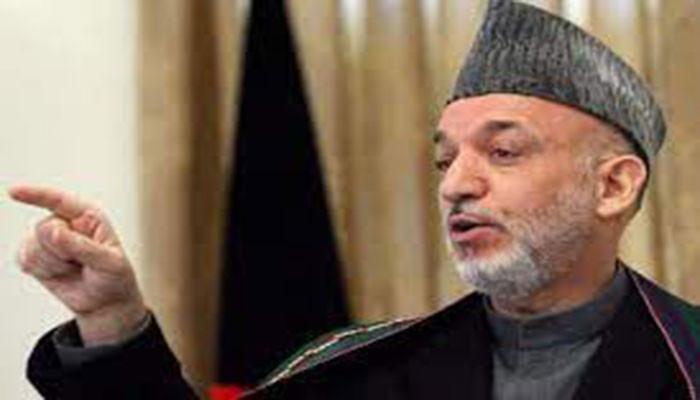 KABUL: In an interview with the foreign news outlet, the former president underscored the importance of an inclusive government in Afghanistan, among other issues.

Former president Hamid Karzai said that Afghanistan should form an inclusive government that represents all aspects of society in order for the government to gain international recognition.

He named the Loya Jirga (Great Assembly) as a good option to pave the ground for a legitimate government. Karzai said he opposes the US mission of over-the-horizon counterterrorism and urged the administration of President Joe Biden to work with the current Afghan government.

“I have had conversations with them on a lot of issues—the return of women to back to work. The schools, the flag of the country, the national flag of the country. And the need for a political process, for a government that belongs to all Afghans, that all Afghans see as theirs—that is inclusive,” he said.

“We really … want them to go back to school—the girls—not only to schools but to universities, but to the workplace. Yes, we have had talks about this with the Taliban. They hear me on this. They understand it and they say that it will happen. We say that it should happen now, immediately,” Karzai said. He called on the international community to work for the improvement of Afghanistan.

“They have better come and help the Afghan people. They and their allies and the international community must help Afghanistan rebuild itself, must heal the wounds that have been caused on all sides. Must work with the Taliban- they are the government today. Work towards improvements towards a better Afghanistan,” Karzai suggested.

However, a former Afghan ambassador to Moscow, Sayed Taib Jawad, told a Russian news agency that the “Taliban” government would not be recognized soon by the world. “Look, they (the Taliban) have not been able to gain recognition by anyone, they have made many promises to their friends, to the international community, to Afghans. They have not delivered on their promises, and it does not look like they are going to be recognized soon, at least by the countries in the region, including Russia,” he told TASS News.

“If the US does not recognize the Taliban, there will be a big challenge to the region that will not be in the interest of any country or anyone,” said Hamid Aziz Mujadidi, a university instructor. The Islamic Emirate earlier said that it had fulfilled all the conditions for recognition and that it was seeking positive relations with world countries.