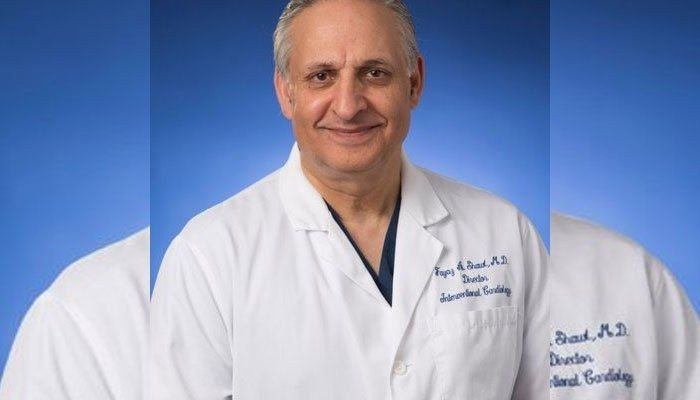 KARACHI: Kashmiris in Pakistan and abroad have responded angrily to the character assassination of renowned Kashmiri physician and cardiologist Dr Fayaz Shawl by the PTI government, saying he is a reputable physician who has saved thousands of lives around the world by bringing innovations to the field of cardiology, The News reported.

Sardar Ahmed, a distant relative of Dr Fayaz Shawl, told The News on Thursday that Dr Shawl is a born Kashmiri and they never call themselves as Indians.

“Kashmir is a disputed region between India and Pakistan, so calling an eminent Kashmiri cardiologist as of Indian descent, just for political mileage, amounts to insulting the people of Kashmir and deviating from Pakistan’s stance on the issue of Kashmir,” said Ahmed.

Special Assistant to PM on Political Communication Shahbaz Gill and Federal Minister for Information and Broadcasting Fawad Chaudhry had criticized Dr Fayaz Shawl for writing ‘fake medical reports’ regarding the health of former premier Mian Nawaz Sharif and urged the judiciary to take strict notice of the fake reports submitted in the court.

Gill initially identified Dr Fayaz Shawl as a ‘Pakistan origin’ doctor, but subsequently clarified in a tweet that he is from India and questioned whether the medical report for Mian Nawaz Sharif was also made at India’s request.

Some leading Kashmiris criticised the PTI-government spokesmen for their statements and taunts, saying that they were not only defaming a well-known cardiologist but were also rubbing salt in the wounds of Kashmiris who consider Pakistan their home yet never want to be called Indians.

“No Muslim Kashmiri would accept the label of Indian,” said Ahmed, adding that Dr Shawl is a leading cardiologist who was born in Srinagar, studied at Kashmir Medical College, and later moved to the United States.

“He saved thousands of lives by inventing the ‘Percutaneous Technique,’ which is now known as the Shawl Technique in the field of cardiology,” Ahmed told The News.

Dr Fayaz Shawl was one of the leading and respected cardiologists in the United States at one time, according to a senior cardiologist in Karachi who invited him to the city some 20 years ago. He performed the first ‘carotid artery stenting’ at Aga Khan University Hospital (AKUH) at the beginning of the century.

“He (Dr Fayaz Shawl) was one of the leading interventional cardiologists in the USA at one time. He came to AKUH about 20 years back on my invitation and did a few cases including the first carotid stenting. I think he is pretty old and not actively practicing”, recalls the senior cardiologist associated with the National Institute of Cardiovascular Diseases (NICVD) Karachi. The senior cardiologist, who was previously associated with the AKUH, added that he was not in touch with Dr Shawl for over a decade now.

According to a close family friend in the US who is also from Kashmir, Dr Shawl is a well-known and respected cardiologist who received his medical degree from Indian-held Kashmir and completed his residency in England before moving to the United States and completing his cardiology fellowship at The Walter Reed Army Medical Center.

“Dr Shawl brought the military into the balloon age when he performed the first PTCA in the United States Military (Army, Navy, Air Force) at Walter Reed Army Medical Center in 1980,” according to his friend, who requested anonymity.

According to him, Dr Shawl, who is still working despite his age, plans to open a cardiac speciality hospital in his hometown to help the people of the held valley, and that being called a “Indian working for the Indian government” was extremely disrespectful to such a thorough professional.