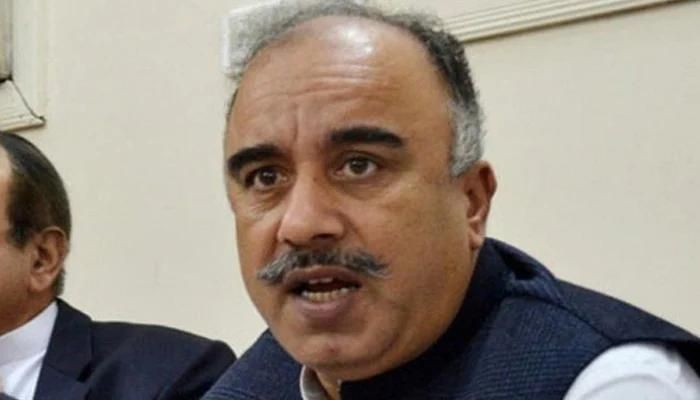 The development has been confirmed by the spokesperson of the Governor House.

According to Arbab — who is the brother of PTI National Assembly member Arbab Sher Ali and the nephew of Special Assistant to the Prime Minister on Establishment Arbab Shehzad — Farman had sold the Peshawar mayor’s ticket for Rs70 million.

A day earlier, KP Higher Education Minister Kamran Bangash had also handed Arbab a notice seeking Rs500 million for the damages. Arbab had accused Bangash of selling a ticket for Peshawar city mayor to a wealthy businessman and receiving Rs20 million in return.

Arbab had applied for the PTI ticket for the Peshawar city mayor slot, but despite being an influential figure and the former nazim of Town-III Peshawar, he wasn’t considered by the party and the ticket was given to an Abu Dhabi-based businessman Rizwan Bangash — who lost to the joint candidate of JUI, PML-N, and QWP.

Enraged by the refusal of the party ticket, Arab Ali had reportedly circulated a video in which he had made some allegations against some senior PTI leaders, including Governor Shah Farman and Bangash, accusing them of selling the party ticket to Rizwan Bangash for Rs70 million.

Top PTI leadership in preliminary investigations had found that they lost the city mayor elections due to the alleged negative role of Arbab Shehzad’s family.

Some of them claimed Prime Minister Imran Khan was well aware of these developments and he was planning to soon relieve Arbab Shehzad of the responsibility.

Some unknown people started an organised campaign on social media a few days ago, saying the prime minister has decided to appoint Arbab Shehzad as KP governor to replace Shah Farman, an old friend of the PTI chief. Though it was not clear who was behind this media campaign, obviously it was not favourable to Arbab Shehzad.