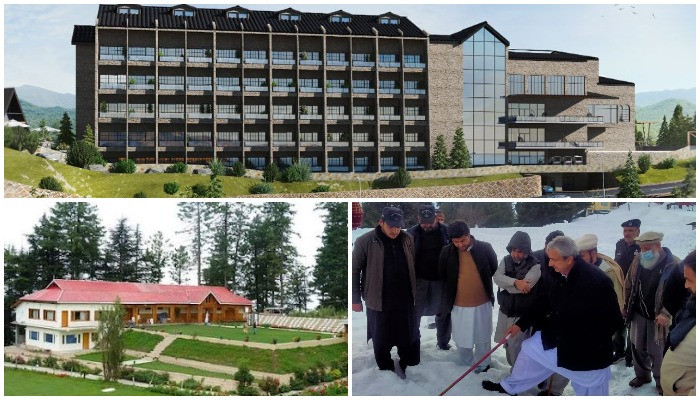 The Khyber Pakhtunkhwa government on Thursday announced that five kanals of Forest, Environment and Wildlife Department land in Nathiagali will be de-notified and handed over to the Galiyat Development Authority (GDA) for leasing out to a blue-eyed billionaire for constructing a five-star hotel in Nathiagali.

The GDA leased 22 kanals of land to MS Baron Pakistan Limited for the construction of the hotel. However, they did not have any documents as the land was declared disputed, spokesperson Ahsan Hameed said.

On the other hand, the Khyber Pakhtunkhwa government spokesman Barrister Saif stated that the forest department would de-notify the land after which the land would become the property of GDA.

According to official sources, the Survey of Pakistan — the sole national mapping and land surveying government agency of Pakistan — has demarcated the land in Nathiagli, after which the department’s five Kanal land will be given to Mumtaz Muslim, the owner of MS Baron Pakistan Limited.

The department will de-notify the land as per the decision of the provincial cabinet, after which the land will become the property of GDA.

The GDA has also offered to give another piece of land to the forest department in exchange. The authority had leased 22 kanals of land to a private company for the construction of the hotel.

According to the measurements, the land area of ​​the forest department is around five kanals which is used by the GDA.

Per sources, the forest department will soon inform the development authority officials in this regard.

The GDA spokesman Ahsan Hameed told Geo News that the authority has not received any letter from the forest department in this regard.

On the other hand, Muhammad Ali Saif said that the forest department’s land record dates back to the British era. According to the report of the Survey of Pakistan, the kanal land was with GDA which will be de-notified by the forest department after which the land will become the property of GDA.