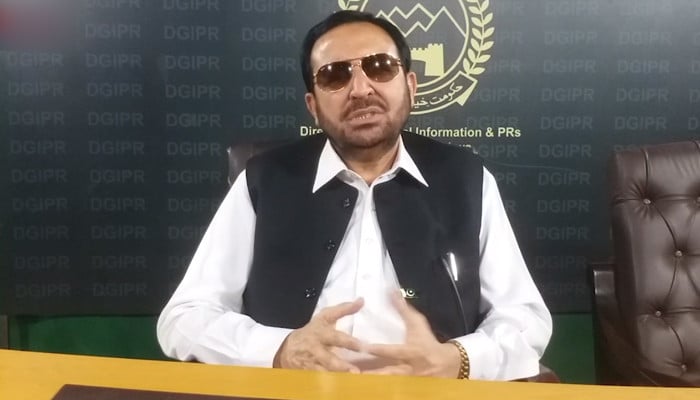 A two-member bench of the ECP has also disqualified the minister’s son, Mamoon Rasheed, who was contesting in the local government elections from Baka Khel tehsil.

The ECP disqualified the minister and his son after investigations found the two involved in attacking a polling station in Baka Khel, snatching polling material, and abducting the polling staff.

The electoral body has also directed the Khyber Pakhtunkhwa election commissioner to file complaints of corrupt practices against the transport minister, his son, and two others under the provisions of the Elections Act 2017 and the Pakistan Penal Code (PPC).

On December 19, 2021, the ECP had halted the polling process in Baka Khel tehsil after the security situation got out of control.

A statement issued by the Election Commission of Pakistan (ECP) said that the new date for polling in Baka Khel would be announced later.

At the time, Leader of the Opposition in KP Assembly Akram Khan Durrani had levelled allegations against the minister of storming into five polling stations in Baka Khel and taking the polling staff hostage.

Durrani had also accused Khan of opening fire on the police.

Soon after the incident, the ECP’s spokesperson had announced that KP’s chief election commissioner has formed a three-member committee to probe the matter.

Bannu was among the 17 districts that were holding the first phase of the local government elections in KP.