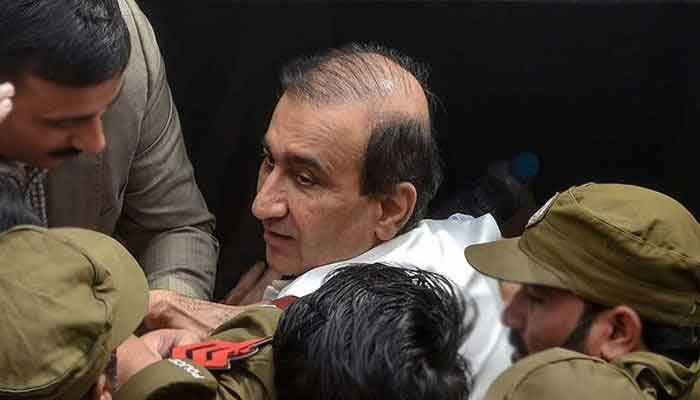 An accountability court in Lahore acquitted on Monday Jang Geo Media Group editor-in-chief Mir Shakil-ur-Rahman in a case relating to a property transaction that took place over 30 years ago.

According to the decision taken by the accountability court, no charges were proved against the suspects and hence it declared all suspects involved innocent.

The court further issued an order to release all seized properties of Mir Shakil-ur-Rahman.

During the previous hearing, Mir Shakil-ur-Rahman’s counsel, Amjad Perviz, had submitted an application with the court under Section 265-k seeking his client’s acquittal.

He pleaded with the court to acquit his client as there was nothing in the evidence presented against him.

In November 2020, the Supreme Court had granted bail to Mir Shakil-ur-Rahman, who stayed in the custody of the National Accountability Bureau (NAB) for eight months.

Mir Shakil-ur-Rahman had bought 54 canals of private property in the Johar Town area of ​​Lahore in 1986. Based on this purchase, NAB had summoned him on March 5, 2020.

The editor-in-chief had presented all documents of the land and also recorded his statement. However, NAB had summoned him again on March 12 and arrested him.

According to constitutional and legal experts, his arrest during the scrutiny of land documents was unwarranted as NAB law does not allow for the arrest of any businessman during an inquiry.

The land was allotted according to the Lahore Development Authority (LDA) rules and regulations, with the formal approval of the competent authorities, and in accordance with the LDA Exemption policy at that time.

All payments were made according to the government approved rates, just like all other allottees. In the entire process, no law was violated, and no loss was caused to the national exchequer.

Former prime minister Nawaz Sharif was nominated in the reference as the then Punjab chief minister. Former DG LDA Humayun Faiz and Mian Bashir Ahmad had also been nominated in the case by the anti-graft body.

Two petitions were filed in the Lahore High Court, one for his bail and the other for his acquittal. Dismissing the pleas, the court had ordered to approach it once again at the right time.

On November 9, 2020, the Supreme Court granted bail to Mir Shakil-ur-Rahman.