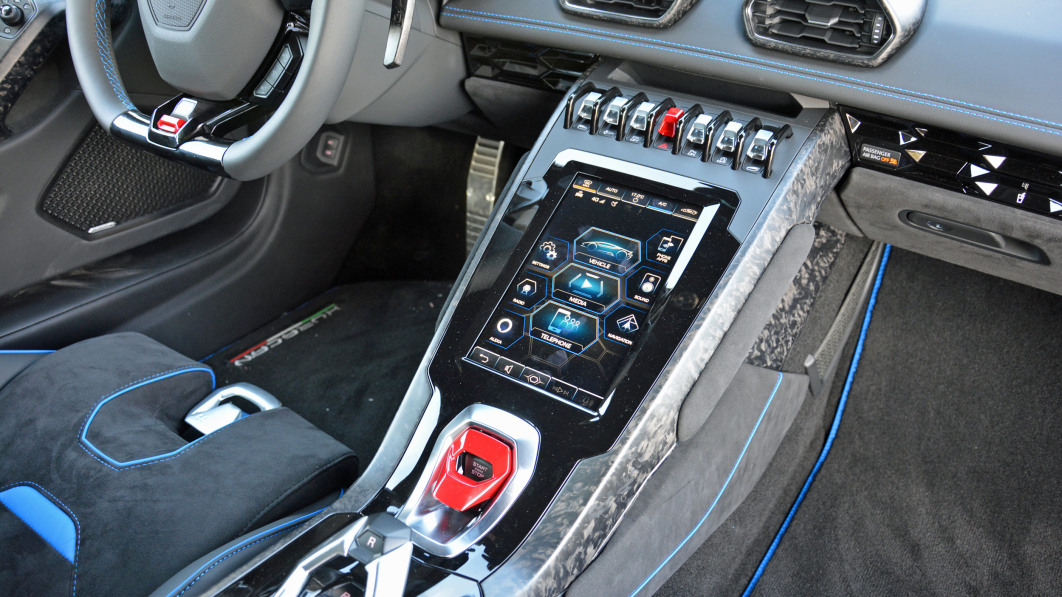 The Lamborghini Huracán will soon launch a novel navigation system that can take you to any point on the globe with incredible specificity. It relies on a geocoding system called What3Words that, as the name implies, uses a combination of just three words — rather than building numbers and street names — to describe locations.

Here’s how it works. The creators of What3Words divided the entire planet into 10 by 10 foot squares and randomly assigned three words to each one. There are 57 trillion squares in all, each with three words pulled from a pool of 40,000 in the English language. For example, the Washington Monument has a pretty confusing street address: 2 15th St NW, Washington, DC 20024. What3Words identifies that location as “congratulations, fingernails, desk”.

The idea is that those three words are much less prone to misinterpretation, especially by a computer or voice recognition system. Its level of granularity also has advantages if, say, you’re trying to tell a friend where you’re waiting at large concert venue. It can also get very precise in areas where there are no roads or buildings at all. In fact, the app helped rescuers locate a group of lost hikers in the U.K.

To be fair, the system isn’t exclusive to Lamborghini; the Huracán is just the first to roll out this technology in conjunction with Alexa’s voice activated navigation, according to the New York Times. The Huracán will receive this functionality this year. For the record, the 2018 Mercedes A-Class was the first car to use What3Words for navigation.

Of course, the system isn’t perfect. Unless someone gives you a What3Words address, you still have to translate a regular street address to the What3Words address in order to use the system. Also, its random nature doesn’t really provide an intuitive relationship between one location or another. With street addresses, you understand that 100 Main Street and 102 Main Street are near each other, while 900 Main Street might be far away. And you can see whether you’re getting closer or farther by looking at the numbers. The square directly north of “congratulations, fingernails, desk” is “dome, next, senses”.

So there might still be a while before What3Words is adopted for widespread use. We could see this being useful in an off-road vehicle meant to venture into the wilderness. Still, the more options the better, and if What3Words does become commonplace, the Lamborghini Huracán will be ready.